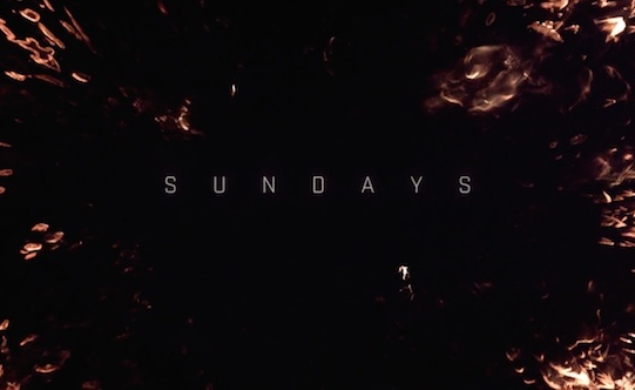 Sometimes, ya gotta spend money to make money, fake it till you make it, talk the talk, etc. That line of thinking might account for the seemingly sudden rash of splashy proof-of-concept shorts created by filmmakers in an attempt to woo Hollywood, investors, fans, agents, and people who generally like watching potential superstars be formed in the Wild West of the Internet. The latest viral short to go this particular route is Mischa Rozema’s “Sundays,” a 14-minute slice of apparently Matrix-influenced sci-fi that Warner Bros. has just snapped up to turn into a feature film.

Deadline reports that “at least three studios [were] vying for it after it went viral on Monday” (additionally, at least one bonkers agency took it upon themselves to send the damn thing out, not realizing that it and Rozema were already represented, but we’ll get to that).

The short is set in a future Mexico City that, like so many future-set films, looks both very clean and very sterile. Despite its relatively sizable 14-minute runtime, the film wastes a good chunk of it on credits and images that looked mostly ripped from Interstellar, before buckling down on its narrative. Which is, quite unfortunately, dominated by a narrator who seems to exclusively speak in clichés (“We trust that our memories are real, that our pictures speak a thousand words, and what they say will be the truth”). In short (pun intended), I watched the entire thing and still needed to refer to its Vimeo synopsis to get a handle on what’s going on here.

Why not reverse my path and read the synopsis and then watch the short? Perhaps your mileage will vary. Per the short’s Vimeo page, “Sundays” is about:

“The end of the world seems like a nightmare to Ben. A memory of a past life that doesn’t belong to him. When Ben starts to remember Isabelle, the only love he’s ever known, he realises she’s missing in his life. An existential descent into confusion and the desperate need to find out the truth begins. This reality depicts a stunning, surprising and dark world. A world that is clearly not his.”

But will that narrator always be there?

Rozema’s film was funded by a successful Kickstarter campaign, partially masterminded by Circle of Confusion’s Jairo Alvarado, who was impressed by Rozema’s commercial work. That interest turned into Rozema pitching Alvarado the short as a feature, though they eventually decided to team up, find some agents, and make a short to impress the studios. This somehow all worked! By the time “Sundays” hit the web on Monday, Hollywood was already in a froth about it, and “it got so crazy that another agency began sending out the film, apparently unaware the director was already signed by UTA” (my favorite detail from this entire story).

Sony and Fox were also reportedly interested in the film, but Warner Bros. prevailed. The studio will next hire writers to pen the feature-length film, writers we can only hope aren’t as enthralled by narration as Rozema is.

You can watch the full “Sundays” short below: