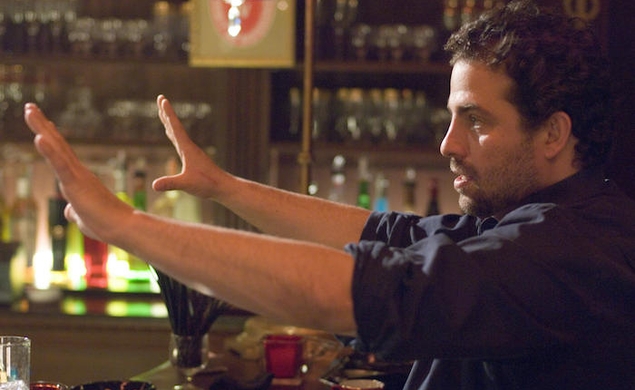 Romance! What is it? If you’re Brett Ratner, it involves Paris and thrills and danger and—what’s that? Call girls? It also involves call girls?

Variety reports that Ratner, director of such American classics as Hercules, Tower Heist, and Rush Hour 3, will next produce a “romantic thriller” called Paris Call Girl, because why not, really? (Ratner’s directorial resumé might not suit everyone, but it is worth noting that the guy truly is a super-producer, with a breadth and depth of features that somehow include both Catfish and Santa’s Slay, both The Revenant and Horrible Bosses 2, both Jersey Boys and Skyline. Now back to our important Paris Call Girl information.)

Paris Call Girl is, well, it’s about a call girl (from Paris!) who falls in love with a dude who has to save her life amidst all kinds of danger and intrigue. It is all very Ratner-esque.

The film “tells the story of two star-crossed lovers and the wild, dangerous journey they must take through Paris to start a new life together. Kseniya is a young European woman fleeing the high-end call girl ring she was recently forced into and Rob is a young American man with a tragic past.” It sort of sounds like a music video, which is convenient, because the film will be directed by Jake Nava, who is best known for his work directing commercials and, yes, music videos (for such major stars as Beyonce, Kanye West, and The Rolling Stones).

Of his new project, Nava commented, “I love the edgy romance of our seemingly mismatched young couple at the center of the action, the way the narrative twists, compelling them both to fight for each other and free themselves from the dangerous underbelly of contemporary Paris.”