Our Next Movie Of The Week: Midnight Run 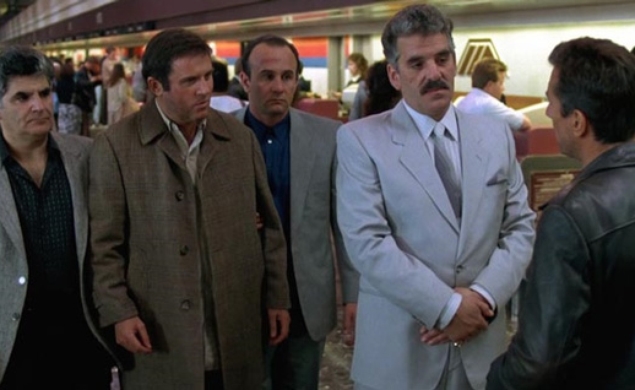 “I feel like Midnight Run has every single element I look for in a movie. It’s just kind of a grab-bag of everything. But it also isn’t self-aware at all; it’s just a movie that happens to hit upon everything that satisfies me as a moviegoer. It’s really, really funny. Its action scenes are perfectly done. It’s genuinely suspenseful; it’s scary at times. It’s very sad at times. There are two very real lump-in-the-throat moments. It’s such a whole meal, it’s one of my favorite movies.”

So said Adam Scott in our Compulsory Viewing feature on Midnight Run, the action-comedy classic that will be our next Movie Of The Week. And he’s right: Midnight Run is mainstream entertainment of the highest order, with a great buddy pairing in Robert De Niro and Charles Grodin, a George Gallo script that elegantly mixes genres and tones and a colorful assortment of tough guys and lowlifes, and a who’s-who of favorite character actors, including Yaphet Kotto, Dennis Farina, Joe Pantoliano, and Philip Baker Hall. De Niro stars as Jack Walsh, an ex-cop turned bounty hunter who scores a risky but lucrative case: To capture Jonathan Mardukas, a.k.a. “The Duke,” a former mob accountant who embezzled $15 million from his dangerous client, Jimmy Serrano (Farina), and gave the money to charity. Jack needs to get the bail-skipping Duke across the country to Los Angeles, but the two are pursued by several factions: The F.B.I. (led by Kotto), who want The Duke to testify against the mob; Serrano and his thugs, who want to kill him before he gets the chance; and hapless rival bounty hunter Marvin (John Ashton), who’s looking for a nice payday, too.

Continuing our month on buddy comedies, Midnight Run offers the perfect one in De Niro and Grodin—the former high-strung, profane, and easily agitated, the latter intensely neurotic and expert at getting under his nerves, intentionally or not. As Scott said, it’s a full meal, with exciting action pieces, hilarious running jokes (“Marvin! Look!”), and a heartfelt story about two men who are ultimately trying to do the right thing. On Tuesday, I’ll kick things off with a Keynote focusing on the subtle brilliance of Charles Grodin’s performance. We’ll also have a Forum discussion featuring Noel Murray and special guest Alan Sepinwall from HitFix, who considers Midnight Run his favorite movie of all time. And if you don’t like it, you’re gonna suffer from “fistophobia.”