Rejoice one and all, for another Alvin And The Chipmunks squeakquel is happening 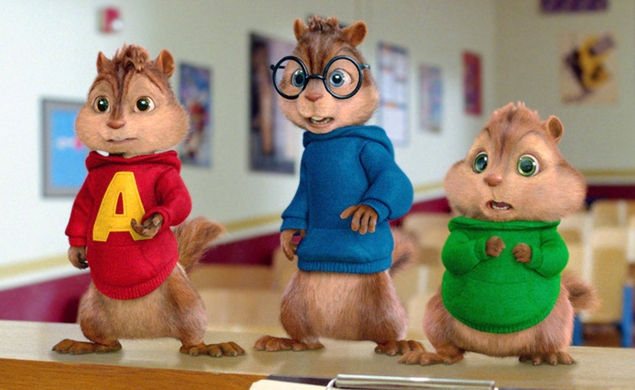 Is there a word in the English language, made-up or otherwise, more pleasing to the ear, more satisfying to the soul, and more filled with all of the splendor of God’s creation than “squeakquel”? It’s astonishing to imagine that, before 2009, no one had ever had thought to create a portmanteau that combines a noise generally associated with squirrels and other rodents (squeaking) with “sequel.” Of course, that all changed in 2009, when Alvin And The Chipmunks: The Squeakquel came out, starring David Cross as hapless would-be industry mogul Ian, and also, I guess, some singing animated squirrels with unusually high voices. The world was so delighted by the creation of the phrase “squeakquel” that that the film grossed nearly half a billion dollars worldwide.

The filmmakers couldn’t quite stop there, so they released another pun-based squeakquel, 2011’s Alvin And The Chipmunks: Chip-Wrecked. Now, like manna from heaven, comes news of yet another squeakquel in this deathless series in the form of Alvin And The Chipmunks: The Road Chip, which will be written by Randi Mayem Singer and directed by Walt Becker of Old Dogs and Wild Hogs fame. Deadline reports that Kimberly Williams-Paisley has also joined the cast of the film, presumably not as a chipmunk. Jason Lee will also returnas the strong-lunged David Sevillle, along with a returning voice cast that includes Justin Long, Matthew Grey Gubler, and Jesse McCartney. The film is due to be released on December 23, 2015, truly a Christmas gift for us all.