See the trailer for Roar, one of the biggest catastrophes in film history 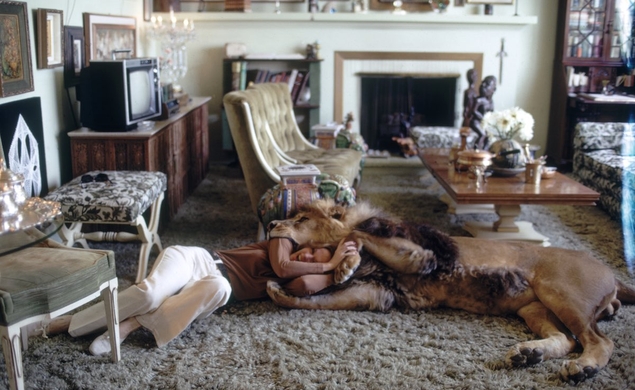 Once upon a time in 1981, The Birds star Tippi Hedren packed up her family—husband Noel Marshall, producer of The Exorcist, and daughter Melanie Griffith, who would go on to earn an Academy Award nomination for her performance in proto-feminist 1980s artifact Working Girl—and went to Africa. This was no ordinary family vacation, however. The dangers of the family get-together at hand went beyond boredom and the unearthing of buried resentments. Hedren and Co. had arrived on business, spinning the family’s predilection for making pets out of apex predators into a feature film called Roar. (Africa would soon be abandoned due to practicalities, with production moving to Shambala, a nature preserve north of Los Angeles that Hedren and Marshall would found specifically for the film.) Hedren and Marshall wanted to create a film advocating wildlife preservation, and to combat the overhunting of big cats as well as their mistreatment in captivity. With the noblest of intentions, a deluded actress and a man who had never directed or acted a day in his life spawned one of the biggest catastrophes in the history of cinema.

So Roar was born.

Alamo Drafthouse has now readied the 1981 disasterpiece for a big re-release, after it nosedived into financial ruin and obscurity following its premiere. The film was a foul-up of epic proportions, with 70 crew members sustaining injuries from their untamed feline coworkers. Melanie Griffith was mauled. A lion effectively scalped cinematographer Jan de Bont. Readers who have seen Saving Private Ryan may be familiar with the acronym FUBAR, a military shorthand for Fucked-Up Beyond All Recognition. If Roar fits into any one genre, it’s probably FUBAR.

Peep the trailer below:

This sounds 100 percent grade-A certified bonkers, though the trailer does leave us wanting. Roar must be nuts, but the real story is the story behind the story. A Jodorowsky’s Dune-style documentary could be a phenomenal companion to this rerelease, complete with interviews with Hedren and Griffith. Think Hearts Of Darkness, but with far more bloodshed.