Dennis Hopper’s final film hoping to Kickstart itself to completion 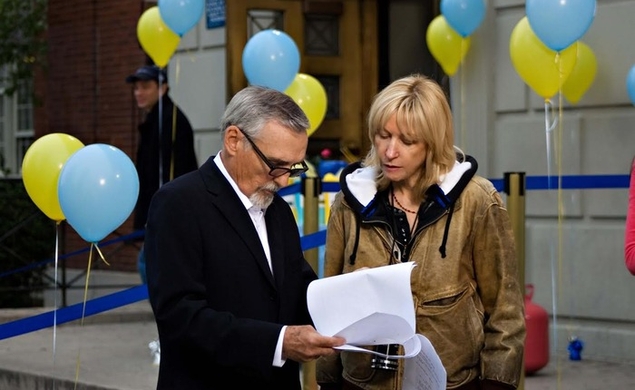 When elderly actors die, they often leave their final production in an awkward position. Do the filmmakers forge ahead by any means necessary, hoping that the final product will represent a worthy swan song and honor the dead star’s legacy, or do they abandon the project as irrevocably cursed? In today’s day and age, with crowd-funding and digital effects and whatnot, more and more productions are choosing the first option.

That’s precisely the path being pursued by The Last Film Festival, a film inspired by director Linda Yellen reflecting with Hopper many years back on what a wonderful film festival Sundance is, and how funny it would be to make a film about the very worst film festival in existence. This was the seed that eventually spawned The Last Film Festival, a show-business comedy that casts Hopper in the lead role of a director whose latest flop of a film is accepted into only one festival: The O’Hi Film Festival. Jacqueline Bisset, Joseph Cross, JoBeth Williams, Katrina Bowden, Chris Kattan, Leelee Sobieski, and Donnell Rawlings all co-star as some of the characters who move in and out of the character’s life.

To help finish the film some five years after its lead died from cancer at age 74, the filmmakers are taking to Kickstarter to try to raise the $90,000 necessary to finish the film. As per custom with Kickstarter, the filmmakers are offering a host of premiums that run the gamut from the requisite posters and T-shirts to an opportunity to “Visit Dennis’ compound” which makes it sound like he was in character from Apocalypse Now until the day he died. For $1,500, you can Skype with Hopper’s Blue Velvet costar Dean Stockwell, although they do not specify whether you can ask him to sing “In Dreams” in creepy pancake make-up.

There is one longed-after premium that is not available, however: a cross-country ride with Phil Pitzer, the leathery attorney who used his legal skills, vague resemblance to Peter Fonda, and utter lack of shame to make the Easy Rider sequel Hopper thought about making for decades (at one point from a script by Terry Southern and Michael O’Donoghue) but could never have made with the grit, soul, and authenticity Pitzer brought to the role.