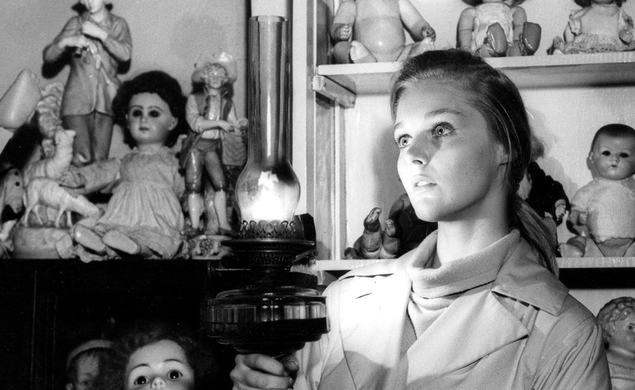 Long before Flightplan, long before The Forgotten, there was a much better (and more beautifully shot) psychological mind-fuck thriller about a woman trying to find her lost child, even though authority figures doubt the kid ever existed. Otto Preminger’s Bunny Lake Is Missing follows Ann (Carol Lynley), a fragile American woman who’s just moved to London, where her daughter goes missing on her first day at school. Except when a helpful police superintendent (Laurence Olivier) investigates, he finds that the girl was never registered at the school, no one has ever seen her, and the possessions Ann insists she has don’t seem to exist. Released in 1965, the same year as Roman Polanski’s Repulsion, Bunny Lake makes a solid companion piece for Polanski’s work of sexual repression and insanity; Preminger’s film similarly deals with a young woman navigating a menacing, mysterious world, where characters like a lusty landlord (playwright Noel Coward), a retired teacher who lives in an attic and obsesses over recordings of children recounting their nightmares, and a “doll doctor” all lend a sense of surreality and hostility to a search that’s already deliriously off-balance. This is one tense, unsettling, dreamy film, suitable as both a compelling Hitchcockian thriller and as high-octane nightmare fuel. Warning: Doll hospitals are super-creepy. Bunny Lake Is Missing airs at 4:30 p.m. ET on TCM.