Our next movie of the week: Gene Saks’ The Odd Couple 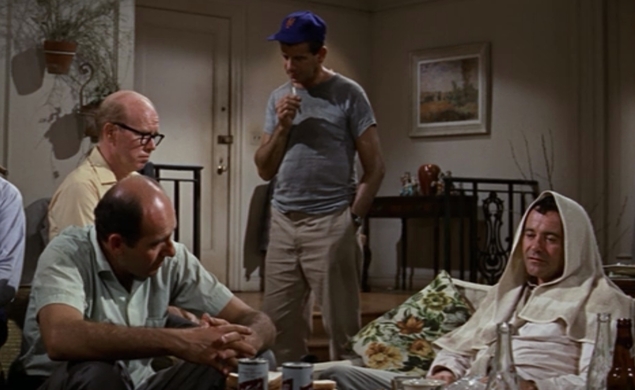 Neil Simon’s 1965 Broadway hit The Odd Couple was far from the first mismatched-buddy comedy, but in some ways it feels like the seminal one of the post-silent-film era. Bachelor roommates Felix (the fussy, prissy, nervous one) and Oscar (the grouchy, brash, slovenly one) are just variations on the Laurel & Hardy model, seen over and over in duos from Abbott and Costello to Martin and Lewis to Spade and Farley. But The Odd Couple was the play that codified the idea of the snob and the slob living together, uncomfortably sharing a space and fighting to define it. And once Jack Lemmon and Walter Matthau stepped into those roles on film—Matthau after a fruitful stage run, originating the Oscar role on Broadway, opposite Art Carney—they were stuck with them, and so was culture at large.

Lemmon and Matthau, first teamed on Billy Wilder’s The Fortune Cookie, became another indelible comedy duo who were associated for the rest of their career, and went on to do many more movies together. Felix and Oscar became similarly indelible, as shorthand not just for opposing personality types, but for clashing aspects of any given personality. The film has been sequelized, spun off, remade, and rebooted, in film, on TV, even as an animated series about a prim cat and a sloppy dog living together. It even returned to television in February, with a new series starring Matthew Perry and Thomas Lennon as Oscar and Felix.

But how does the original hold up? Like so many heavily imitated films, it’s messier than most of the later versions, which streamlined the characters and turned them into icons. Next week, we’ll look at the faces that launched a thousand sitcom episodes about the human id and his superego frenemy, the source of so many archetype-driven comedies. This couple isn’t the oddest one to bear the name, but it’s the original deal.