Hero Vince Vaughn attributes The Internship’s failure to its rating, not its content 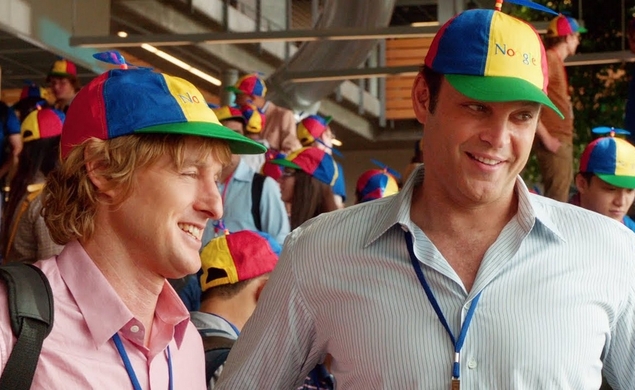 The Internship was one of the worst and most alarming comedies of the past decade. It wasn’t just an egregiously unfunny slobs-helping-snobs comedy; it also marked the total separation of the increasingly fuzzy line separating entertainment from advertising in its maddeningly un-ironic deification of Google and its concept of an internship at the tech giant as the realization of the American dream. I gave it zero stars, and the film ended up on The Dissolve’s worst-of-the-year list. Turns out, we were not alone in our opinion of the film: The Vince Vaughn/Owen Wilson/Google three-headed buddy comedy was a huge flop and eviscerated by critics.

Why was the film so poorly received? Was it because it was a two-hour-long advertisement for Google cynically posited as a Wedding Crashers-style broad comedy? Is it because the film’s script was terrible, its satirical aim was off, and it had more to do with brand management than storytelling? Not according to star Vince Vaughn.

Uproxx points us to an interview Vaughn recently conducted with Playboy in which he puts the blame for The Internship’s critical and commercial fairly squarely belongs: with its rating. Vaughn tells the venerable purveyor of both article and nudie photos:

“The Internship was supposed to be an R-rated comedy. Right before we started shooting, the studio said they wanted to go PG-13. I said I just didn’t see that. I said we’d do it both ways and then make the call. But the ship had sailed, and I found myself in a movie that was PG-13, which was not my initial intent. As an actor you’re not in charge of how those decisions get made, so you find yourself in positions sometimes where you’re making a movie that’s different from what you expected.”

In a completely unrelated turn of events, the comedy that Vaughn was promoting during the interview, Unfinished Business, is rated R. And as luck would have it, we have some neat stock photographs from it at the ready!