Stop At Nothing: The Lance Armstrong Story looks at how a lifetime of lies unraveled 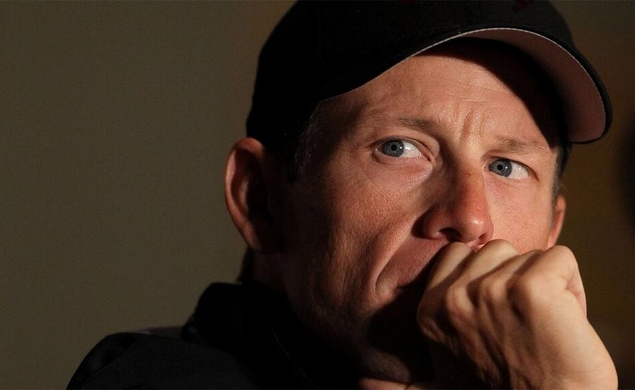 I haven’t ridden a bike in years and can’t even imagine watching a cycling race. Yet I’m fascinated by Lance Armstrong because I’m intrigued by con artists, liars, sociopaths, criminals, and people who lead double lives. Armstrong fits snugly into the Venn diagram of horrible character traits about which I can never learn enough. One of my favorite movies of 2013 was The Armstrong Lie, an Alex Gibney doc that began production as a much different movie than the one that hit theaters. Armstrong reached out to Gibney to make a movie about his triumphant return to racing after beating cancer and winning seven Tours De France. The film was supposed to be a victory lap, an admiring portrait of a champion, but that all changed when it came out that Armstrong was a cheater.

Armstrong lied to the whole world, but in his film about Armstrong, Gibney seems personally aggrieved that he lied to him. This struck some critics as more than a little disingenuous. With the benefit of hindsight, Armstrong’s cheating seems like cycling’s biggest open secret, so it seemed a little narcissistic for Gibney to turn the film partially into a story about how Lance Armstrong duped Alex Gibney. I found the film fascinating all the same, and reveled in its depiction of Armstrong as a world-class sociopath, but I wondered what Armstrong’s story might look like in a less personal context.

So I was excited to discover Stop At Nothing: The Lance Armstrong Story, a documentary by Alex Holmes that came out after The Armstrong Lie and favors a more conventional approach to storytelling, one that leaves the filmmakers out of the narrative. Stop At Nothing’s approach avoids the the excruciatingly uncomfortable moment in The Armstrong Lie where the subject first denies doping allegations to Gibney with a barely contained rage that suggests he’d like to pummel accusers with his fists, as well those where he concedes that he’s been cheating, albeit still in a way that suggests he’d like to murder the people responsible for his downfall.

Yet while Stop At Nothing: The Lance Armstrong Story is less intense than The Armstrong Lie, it’s still pretty damn intense. Gibney is absent and so is Armstrong, who did not sit down to talk to the filmmakers the way he did for The Armstrong Lie. This has the effect of making Stop At Nothing less monomaniacally focused on Armstrong than the earlier film, and more of a condemnation of an entire industry that made it possible for Armstrong to cheat as long as he did. A whole lot of people had a whole lot to gain from sustaining the inspirational lie that Armstrong overcame cancer solely on the basis of his talent and hard work, and not performance-enhancing drugs.

By definition, Stop At Nothing hits many of the same beats, features, and talking heads as The Armstrong Lie. The hungry kid from Texas comes out of nowhere to become a champion with the help of an unbelievably advanced, effective, and ghoulish doping program designed by the notorious Italian doctor Michele Ferrari, who saw in Armstrong the clay he could mold into an all-time great. Armstrong offered himself up to this modern-day Frankenstein as the ideal monster for his experiments. Money, fame, and power followed as Armstrong leveraged his success, ostensible heroism, and status as a cancer survivor to bully, discredit, and sue anyone who dared to point out that there was no way a man could win an exhausting, almost physically impossible race over and over again without doping.

In Stop At Nothing, Armstrong comes across at once more vulnerable and more vicious than in The Armstrong Lie. His cancer lends him a physical vulnerability that renders him incongruously sympathetic. Armstrong may have done horrible things, but he also did them while wrestling with cancer. So Stop At Nothing is as obsessed with the world in which Armstrong thrived as it is with Armstrong himself. The film asks if Armstrong succeeded in corrupting the entire sport of cycling for his own selfish gains and messianic sense of himself, or if he did so well because the system he was entering was already so corrupt and rigged.

The filmmakers suggest the answer can be found a little in column A and a little column B. The story of Armstrong’s rise and downfall remains dramatic even if you know the outcome; the central mystery isn’t whether Armstrong will get caught but rather why he was able to get away with what he did for so long. The answer has a lot to do with people believing what they want to believe, and it sure was better for cycling for the world to believe that a great hero had overcome cancer to become the greatest cyclist of all time than it was to believe that a sociopath manipulated a preposterously corrupt system until his crimes were so great and so transparent that he was all but begging to be caught.

Armstrong’s story is so compelling that the filmmakers don’t need to finesse it with unnecessarily melodramatic touches. So while the Philip Glass-style score and interviews with people betrayed by Armstrong, like Greg LeMond, are fascinating, the real, gripping drama of the film emerges organically from the central narrative and its fascinatingly loathsome subject.

Stop At Nothing suggests that Armstrong may not be the greatest cyclist of all time, but that he is the greatest liar in the history of organized sports. Sure, he eventually got caught, but that was before he fooled the entire world in the most public possible way for longer than seems humanly possible. That’s almost as impressive in its own right.