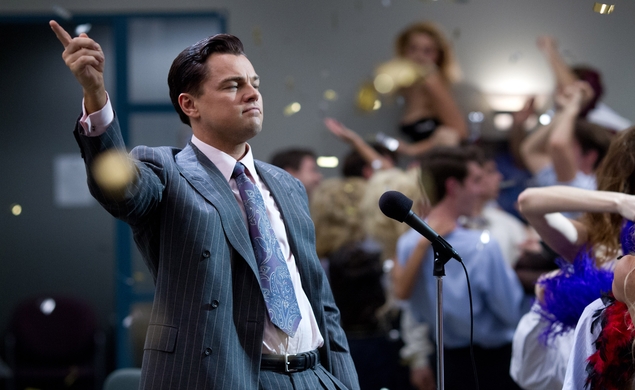 Here’s how the story goes: Leonardo DiCaprio has been nominated for four Oscars and he really wants one. That’s it. Fine, that might not be much of a story, but it’s certainly a simple enough narrative to follow. He’s a good actor, laud him, people, laud him!

DiCaprio might have finally found a role that will land him that little gold man, although the Academy might want to melt down the award and divide it up into 24 teensy little awards, because DiCaprio’s next great role will see him playing 24 people. Kind of.

The Hollywood Reporter shares that DiCaprio is set to star The Crowded Room, the true-life tale of Billy Milligan, better known as the first criminal defendant to use multiple-personality disorder as a successful defense in the court of law. Talk about containing multitudes. THR reports that DiCaprio has “eyed” the role for nearly 20 years, which sounds stressful on both the brain and the actual eyes.

Milligan was put on trial in the late 1970s, charged with both robbery and rape. As THR tells it, Milligan was diagnosed with multiple-personality disorder and, “pleading insanity, he and his lawyers contended that two of his alternate personalities committed the crimes without his knowledge. He was the first to use this defense, and the first to be acquitted for this reason.”

Jason Smilovic and Todd Katzberg will write the film’s script, adapted from Daniel Keyes’ book on the subject, The Minds Of Billy Milligan, which was originally published back in 1981. DiCaprio’s production company, Appian Way, is also set to produce the film alongside New Regency. The project has been in various states of creation for a number of years, with James Cameron first attempting to adapt it back in the ’90s. (Cameron’s version was called A Crowded Room.)

Although DiCaprio has been relatively quiet, performance-wise, since his bombastic performance in 2013’s The Wolf Of Wall Street, the actor has been working on some very interesting projects (including a giant slate of features he is producing), including Alejandro Gonzalez Inarritu’s true-life drama The Revenant, which will see DiCaprio coming back from the edge of death after a bear mauling. That film won’t hit theaters until January of next year, but it’s already one of my most anticipated features. If Inarritu hews closely enough to the real story, we’ll get to see DiCaprio drag himself nearly 200 miles, all while dabbling in such activities as “having maggots eat the decaying flesh on your back” and “getting a bear hide sewn to your actual body.” I mean, if that doesn’t say “Oscar,” well, then “multiple personality drama” probably does.