Mark Wahlberg graduates high school, teams with Taco Bell to help others do the same 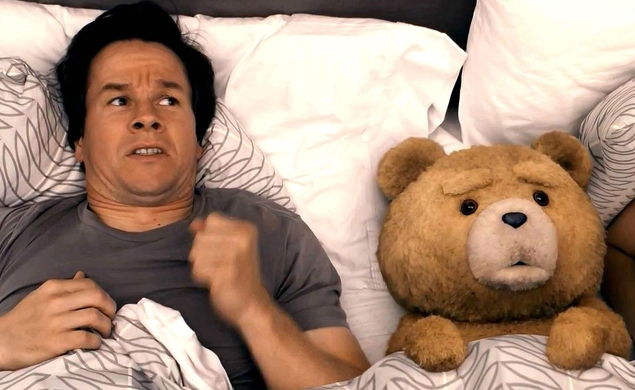 At age 42, high school dropout Mark Wahlberg finally graduated high school. As he wrote Monday on the Huffington Post, “I never made it past the ninth grade,” but after a year of studying online he finally earned his diploma. The op-ed reels off a string of statistics: 7,000 students drop out of high school daily, a total of 1.2 million a year, and these dropouts generally earn $200,000 less over the course of their lifetime than those who’ve graduated.

As part of his commitment to drawing attention to this issue, the Mark Wahlberg Youth Foundation teamed up in 2011 with the Taco Bell Foundation for Teens, which was established in 1992 and claims to have donated over $42 million to relevant causes in grants and scholarships. An excellent photo of Wahlberg in person at Taco Bell headquarters yesterday can be found here. He was at the Irvine HQ to award scholarships to select employees, who will have the chance to then enroll in Career Online High School, through which they can obtain their diplomas.

The Orange County Business Journal’s Mediha DiMartino notes that a diploma is a requirement for employees to be promoted to management, as well as obtain “career certificates to support their professional development at [the] fast-food chain,” so there’s something in it for Taco Bell too. Wahlberg “is an inspiration to the Taco Bell leadership team to commit ourselves to doing everything we can to empower youth to do the same—starting with our own Team Members,” Taco Bell president Brian Niccol said, adding he hoped that the program could expand in the future so that “even more Team Members can use these educational and life skills not only at Taco Bell, but also wherever they choose to work.”

It’s a busy time for Taco Bell, which is busy rebranding itself in its 51st year of operation. The next step is redesigning its outlets’ look, starting with an outpost in Duluth, Minnesota. It’s an exciting time for Wahlberg’s Wahlburgers chain as well, which is opening its second location in Toronto next year to give Canadians a crack at brother Paul’s burgers.