Amanda Rose Wilder talks about Approaching The Elephant, her doc about a bold experiment in education 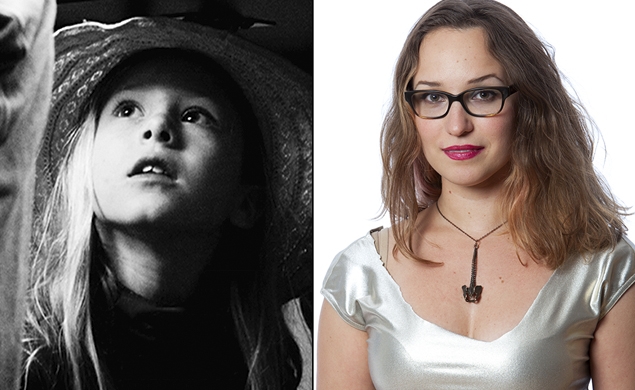 For her riveting debut feature Approaching The Elephant, documentarian Amanda Rose Wilder bears witness to a bold experiment in progressive education. Tucked into the halls of a Lutheran church, the Terry McArdle Free School attempts to provide teachers, students, and parents with a radical alternative to the conformist, test-driven bureaucracy of public schools. Led by Alex Khost, an idealistic young teacher, the school doesn’t have conventional classes, and, save for a handful of safety measures, creates its own set of rules from scratch with equal participation from kids and grown-ups. Though Wilder’s vérité style eschews any overt commentary on her part, it’s an understatement to say that the school goes through some growing pains. As it develops, the personalities of two students emerge most strongly: Jiovanni, a mop-haired rebel whose antics push him towards suspension (and worse), and Lucy, an emotionally volatile kid who has trouble with bullies and teachers alike. With Approaching The Elephant finishing up its weeklong run at Made In NY Media Center on Thursday—and slated for a VOD release on all platforms in March—Wilder talked to The Dissolve about the school’s mission, the “Rorschach test” responses to the film, and the aftermath.

The Dissolve: How did you become aware of this school, and how did the project get started?

Amanda Rose Wilder: I went to Marlboro College, which is in Vermont, and is kind of a progressive school. It’s only like 300 kids, and when I was there, I switched from poetry to documentary. I became really obsessed with the Maysles brothers [Albert and David, the vérité directors of Grey Gardens, Salesman, and Gimme Shelter—ed.]. And then when I graduated, one of my film professors, Jay Craven, who is one of the producers of this film, asked if I wanted to make a film with him exploring progressive education in some way. He put together a little money, and asked if I wanted to come to an alternative education conference called AERO in Troy, New York, and so I did, and I just conducted all these different interviews, just anyone I could grab, including Zoe Readhead, who is headmaster at Summerhill [the original “free school”], and then also Alex [Khost], who I just met on the street.

I quickly learned that Alex was about to start free school in New Jersey, which was going to be about 20 minutes from where my mom was living at the time. And so the wheels started turning after the interview. In the interview, he was very charming, and happy, and I was interested in seeing how the free school would unfold in the first year. And my dad was also an elementary school teacher, and he had taken me to visit Summerhill when I was about 10, so I had this history with free schools, but not any real experience with them. It’s a funny story. We found out a couple of years ago that my dad was actually Alex’s teacher back in seventh grade. We lived in Caldwell, New Jersey where Alex grew up. Alex had a very tough time in school, and he went to a public school in New Jersey, and that’s partly why he wanted to start Teddy McArdle. He had had a tough time, and didn’t want kids to go through the same school system that he’d gone through.

The Dissolve: This was the inaugural year of an experimental school. There are other free schools, but he’s obviously starting from scratch here. Was there any trepidation on his part—or on anyone’s part—for you being there?

Wilder: Not that I know of. I asked Alex after that interview if I could come. And he said he would take it back to the people who were involved at the time, which included Lucy and Jiovanni and their families, and they all took a vote on it. They were meeting in diners and libraries during the summer, and they all voted yes, that I could come. It was a very easy place to access. Everyone was very open, and everyone for the most part was new to the whole idea of free school. People have read about it theoretically. I think that’s the nature of the model. There is no red tape to go through, no principals. It was very easy to film there, and to film kids being themselves, which I really feel [Approaching The Elephant is] more about, rather than free schools in general. It’s not really a representational movie of free schools. It’s really more about a certain group of people and their interactions over one year. The fact that it focuses on three people, and two of those people are under 10, was for me about showing the multi-faceted nature of kids’ personalities. It was very important for me to fill out as much as possible about Lucy and Jiovanni, and show how complex they are. And in that way, I think it is about opening people up to the idea that kids are worthy of more respect, and should be listened to, and should be given maybe more responsibility. They’re people. They can be scary, and they can be inspiring, and have quite a lot to say if they’re given the opportunity.

The Dissolve: The one thing about the school is that it does encourage thought. It encourages working together, and trying to get students to figure out how to square their needs and desires with those of other people, rather than having all those things dictated to them. You could make an argument, based on the film, that the school’s a complete disaster, but there’s another side to that. There’s a complexity to these kids, and to the way their minds are being challenged.

Wilder: Right, and certainly it was the first year, and it certainly it wasn’t perfected. Upon meeting Alex, I thought, “This is someone who was so excited to try something, and so many of us have dreams, and don’t try them.” And yet, I think it’s interesting that people come out of screenings and have different reactions. In one screening, this women came up to me and said, “I was appalled,” and I walked 5 feet out further, and I saw Alex surrounded by, like, 10 college-age kids who had been inspired by it, and just asking him question after question about free school. And in that way, I feel a lot like it’s a Rorschach test.

The title, Approaching the Elephant, itself is a sort of fable about six blind men who all approach an elephant, and all have very different ideas of what an elephant is. And then, there’s a J.D. Salinger short story called “Teddy,” where the name of the school comes from. It’s about this kid named Teddy McArdle, who’s this genius child, and he’s on this cruise ship with his kind of terrible family, and a journalist runs into him who recognizes him and sits with him on the deck, and asks him how he would change the education system. Teddy goes into this long paragraph about how he would have kids vomit up apple of knowledge and learn experientially, and then he talks about that fable. And he says kids should approach an elephant with no pre-conceived notion of what an elephant is, and come to their own conclusions. That’s where the title comes from, and I do really feel like it reflects the film. It’s the suggested story through my eye and through [producer/editor] Robert [Greene] and I’s editing choices. We really tried to tell a story in an entertaining, engaging way, that also lets viewers come to their own conclusions about what they see.

The Dissolve: How much were you part of the action? How aware were the kids and grown-ups of your presence, and how might that have affected their behavior?

Wilder: I feel like from the beginning, I was accepted among the people there. And perhaps since I was there the literal first day and I already had my camera out, some kids accepted me among them. There wasn’t really a process to get used to it. There were some kids and some adults that were more self-conscious than others, but luckily those were not people I focused on. And that’s another matter: Choosing those people who you know feel comfortable with the camera, and maybe think out loud. That was Lucy. I could immediately tell. The first shot you see of Lucy is the first time I saw her and tracked her into the room, and I could immediately tell. I immediately told Alex. I felt very fortunate to have three people who felt like great characters and just watch them interact. I feel like kids in general are less self-conscious than adults, and I tried to be an anti-authoritarian presence among them, which did sometimes get kind of tricky. I tried not to be left alone with them, and not be fully responsible. But sometimes I was, such as the scene around the tree [where a fight breaks out]. I was the main adult there, and whether I should have stepped in or not is something I still debate myself. Sometimes Lucy would get mad at me and other adults for stepping in because she would say they’re just playing.

The Dissolve: It was remarkable to hear her vocalize it that way. She’s the object of some bullying and aggression, but she resists mediation.

Wilder: I think she just was grappling with issues. She [wants] to be as strong as Jiovanni and the other boys, but not feeling like she is. Or then there’s the whole scene with Alex, where she wrote him up for harassment for not letting her jump off something. [Lucy and the other kids were leaping off a file cabinet onto a mattress when Alex stepped in and stopped them. Lucy then called a meeting accusing Alex of harassment for overstepping his authority. —ed.] She was questioning authority and wanted to be stronger. It brings up some gender issues as well.

The Dissolve: The film has that Salinger postscript, but I was curious if you had any updates about anything else. The school did not continue, did it?

Wilder: It continued for another year after the first year, and I filmed about 40 hours of that year, but I just felt like the story was over with the last shot of the film, which is from the last day of the first year. There were less kids the second year. The director changed. And Jiovanni and Alex were gone. There was a different energy there and a different story. Then it sort of petered out. I just feel like it wasn’t the right location for a free school. It was true suburban New Jersey, which is a fascinating place ... For Alex, he really had only himself. He was doing everything, and you really can’t undertake this by yourself. Alex is now working on starting an adventure playground in Brooklyn. They’re similar to free schools in the play world. The idea is that you just give kids space, and you have “play workers,” who are adults who facilitate and support direct play. The idea is that the kids have space that’s their own to be creative. So we’ll see. Maybe there’s another movie there.