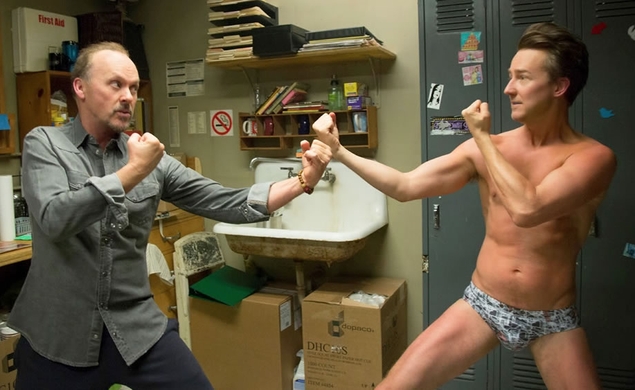 Everything is indeed awesome, at least now that this year’s seemingly never-ending awards season has finally wrapped itself up with a big, Birdman-sized bow. After months of back and forth over who would prove to be victorious—well, most victorious—at the Oscars, Birdman pulled out the big wins, snagging both Best Director and Best Picture, leaving Boyhood to sulk quietly in the corner. Oh, except for one thing: Longtime frontrunner Patricia Arquette did indeed win the Best Supporting Actress award for her role in the film, ultimately using her acceptance speech to ask for equal rights and wage equality (and to make my heart go nearly wild with delight). That’s a win for everybody. (Another win for everybody? J.K. Simmons grabbing the Best Supporting Actor statuette, then using it as a platform to tell people to call their parents on the phone.)

Elsewhere, another long-debated category—Best Actor—went to Theory Of Everything star Eddie Redmayne, a win that, when paired with Best Actress Julianne Moore, might have accounted for the oddly sedate nature of the entire evening. Both Redmayne and Moore won for excellent performances that, and let’s not mince words here, chronicled heart-twisting and gut-wrenching diseases. Can someone win for something happy? Anyone? Hello?

At least there was some mirth to be found in the Lego-studded performance of “Everything Is Awesome,” a hilarious counterpoint to the rest of the show’s musical acts—Tim McGraw breaking hearts with “I’m Not Going To Miss You,” Rita Ora reminding everyone to see Beyond The Lights with “Grateful,” Common and John Legend making everyone sob (including Chris Pine!) during “Glory,” Lady Gaga doing a tribute to The Sound Of Music (??), and Jennifer Hudson wrapping up the In Memoriam segment with a song from Smash (still more ??)—and a brief respite from the crushing sense that the show was never going to end. Hey, that’s the Oscars for you.

BEST MOTION PICTURE OF THE YEAR

PERFORMANCE BY AN ACTRESS IN A LEADING ROLE

PERFORMANCE BY AN ACTOR IN A LEADING ROLE

Eddie Redmayne in The Theory Of Everything

Alejandro G. Inarritu, Birdman Or (The Unexpected Virtue of Ignorance)

PERFORMANCE BY AN ACTRESS IN A SUPPORTING ROLE

PERFORMANCE BY AN ACTOR IN A SUPPORTING ROLE

“Glory” from Selma, Music and Lyric by John Stephens and Lonnie Lynn

Birdman Or (The Unexpected Virtue of Ignorance), Emmanuel Lubezki

ACHIEVEMENT IN MAKEUP AND HAIRSTYLING