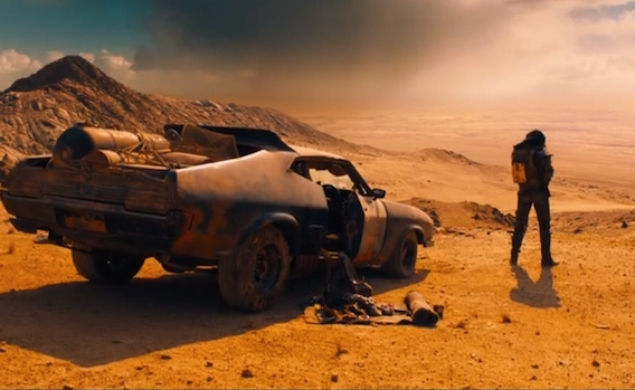 It has been three decades since Mel Gibson found himself sharing top billing with Tina Turner in 1985’s Mad Max Beyond Thunderdome. But the post-apocalytic flick is still very much on writer-director George Miller’s mind, and he has been keeping his badass, post-apocalyptic action movie chops razor sharper than a ninja’s blade through his stewardship of the Babe and Happy Feet franchises. They may not seem like it, but both secretly take place in a brutal, post-apocalyptic hellscape where animals talk and journey into nightmarish cities and, even more horrifyingly, croon the songs of the day in a way that would turn the very devil himself white as a ghost.

Yes, Miller has been keeping in shape for the film’s long-in-the-works reboot Mad Max: Fury Road. Mel Gibson is no longer in the lead role, after apparently having made an offensive joke or comment somewhere down the line, but Tom Hardy looks fully equipped to fill in for him, and Mad Max: Fury Road looks terrific. A Japanese international trailer has just been released, and while it doesn’t go into much detail about plot—the film finds Max helping a newcomer played by Charlize Theron travel across a perilous desert to her hometown—it is filled with violent, surreal, and unforgettable imagery.

Yes, it seems that directing all those singing, dancing penguins has only sharpened Miller’s eye for the grotesque and phantasmagoric. As befits a film with “fury” in its title, the trailer for Mad Max: Fury Road offers a blisteringly intense look at a futuristic nightmare world where only the strong survive and the world looks like an open-air Burning Man, only even more soul-crushing.