Criterion unveils May titles, including Limelight and two Costa-Gavras offerings 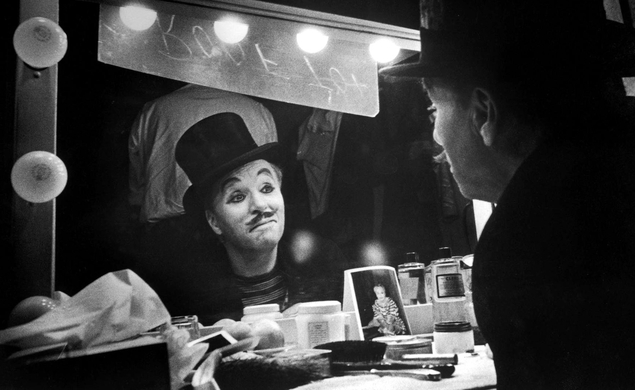 If six new Criterion Collection offerings sounds like a lot—is your wallet already screaming out in pain? sorry, wallet—it most certainly is, but at least the beloved distribution arm has spread out its May releases to be exceedingly bottom-heavy. Just don’t spend any money during the first half of the month and, poof!, suddenly your new Criterions will be instantly financed.

May’s first offering, Mark Rydell’s The Rose, won’t arrive until late in the month (May 19), but the Bette Midler-starring 1979 drama is one worth waiting for. Loosely based on the life of Janis Joplin, Rydell’s first entry in the Collection is a gut-wrenching and full-throttle look at the American dream and the destructive powers of rock ’n’ roll. It’s also one of Midler’s most bold performances to date, and one that earned her an Oscar nomination to boot. It will be available on both Blu-ray and DVD.

Criterion will roll out two other big titles on May 19: Charlie Chaplin’s Limelight and Leo McCarey’s Make Way For Tomorrow. Chaplin’s 1952 drama will be the sixth film from his oeuvre to make the Collection, a late-in-life look inside the fickle nature of Hollywood and the fleeting possibility of stardom. The new 4K restoration will be available on both Blu-ray and DVD. The set also offers up a ton of new material, including the accompanying documentary Chaplin Today: Limelight and a pair of short films from the filmmaker, A Night In The Snow and the incomplete The Professor. McCarey’s film, already available on DVD, has been upgraded to Blu-ray for its rerelease.

On May 26, Criterion is unveiling a double feature of Costa-Gavras films, with both Stage Of Siege and The Confession available on DVD and Blu-ray for the first time. Need a little political thriller pick-me-up? Criterion and Costa-Gavras have you double-covered. Also releasing on May 26, Rainer Werner Fassbinder’s 13th Criterion offering (counting the Eclipse box set), The Merchant Of Four Seasons should make everyone feel nice and torn up, available on both DVD and Blu-ray.

What are you going to buy in May?