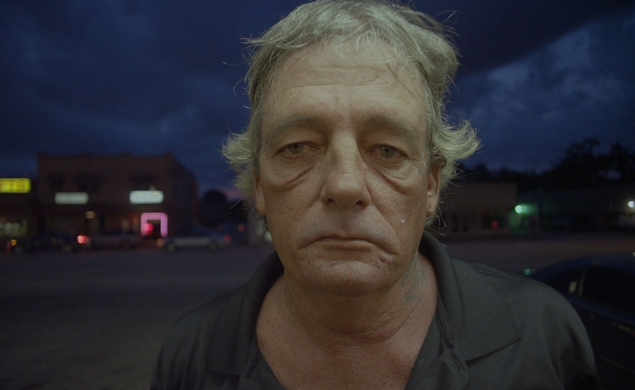 Though some moan about the phenomenon as political correctness run amok or hyper-sensitivity destroying discourse, I welcome the fact that we are rapidly running out of groups it’s acceptable to make fun of. In the close to four decades I’ve been alive, we’ve made extraordinary strides in respecting the dignity of the disabled, the mentally ill, little people, Native Americans, and people across the spectrum of human sexuality and human intelligence.

Yet it still somehow remains acceptable to make fun of people for being poor, being fat, being uneducated, being Juggalos, and lastly, for being from Florida, which may technically be a state in the United States but is really a universe onto itself. And if you’re poor, fat, uneducated, and a Juggalo from Florida, I can’t imagine life is overly kind to you. We’ve come to not only accept but demand a high level of craziness from Florida, a state we treat like a troubled teenager who has been breaking into our bedroom to steal our pain medication.

On Sklarbro Country, one of my favorite podcasts, a wildly disproportionate number of the crazy stories hosts the Sklar brothers riff on come from the Sunshine State; one of the show’s T-shirts shows the entire state of Florida behind bars. It’s as if Florida sucks up all the crazy so that the rest of the United States can seem less crazy by comparison.

It’s a state people go to to escape a bad scene for a worse one, where people lose themselves and find themselves and die, natural and unnatural deaths, whether from old age or the bullets in a junkie’s shotgun. Watching Sean Dunne’s hypnotic, 50-minute long documentary “Florida Man,” about the essence of Florida as reflected in the hardened, scarred faces of the men who call it home, I was continually reminded of Dunne’s earlier short documentary, “American Juggalo.” In both instances, Dunne’s technique is the same: He simply goes up to the kinds of people most folks would walk across the street to avoid—drunks, the homeless, the mentally ill, people with fewer teeth than is considered appropriate, people with painted faces and sad lives, cocky drifters overflowing with jumped-up, boozy bravado—points a camera at them and gets them to reveal themselves in arty little cinematic snapshots that are greater than the sum of their parts.

Sometimes Dunne’s subjects don’t say a word. They don’t need to. The lines on their faces, the trailers behind them, the cans of beer they’re drinking on a scorching day, say as much, if not more, about who these people are, where they came from, and what they want out of life. More often, Dunne gets his subjects to reveal themselves with monologues about everything and anything: their philosophies of life, their irresistibility to women half their age, their love of getting into fights, and anything else that enters their booze-sodden brains and angrily demands to come out in the form of words and ideas.

It’s a lonely universe Dunne documents, filled with the lurid neon of liquor stores and the emptiness of streets where commerce left long ago, and people content to drift through life without much purpose. As with “American Juggalo,” a cynic might look at these people and this project and see a regrettable exercise in class-based mockery. They might argue, as with the earlier documentary, that Dunne is less interested in chronicling these strange people than in ridiculing them, in ferreting out their most cinematic eccentricity for the benefit of rubbernecking yuppies binge-watching videos on Vimeo.

But I found “Florida Man” to be a film of surprising beauty and unexpected empathy. In Dunne’s approach to his subjects, both in Florida and at the Gathering of the Juggalos, I see the innate, unbiased curiosity of a great storyteller who does not feel the need to infect his work with his own sense of judgment when he can simply chronicle these lost souls with an understated sense of empathy. Dunne and the audience are drawn to these people because they are different, because their modes of speech and dress and behavior deviate so greatly from the mainstream. But “Florida Man,” like “American Juggalo” before it, is a celebration rather than a condemnation of difference. It’s a tribute to the rich vein of eccentricity coursing through out nation that makes us such a curious and vital people.

At best, “Florida Man” has the quality of a Diane Arbus painting come to life ,or one of Harmony Korine’s pre-Spring Breakers explorations of the beauty and transcendence of the ostensibly ugly and freakish. I did not learn anything new about Florida from “Florida Man,” but that’s okay. This is not an educational or an informational documentary so much as it is an abstract exploration of what it means to be a Florida man. On that level it is an unqualified success.