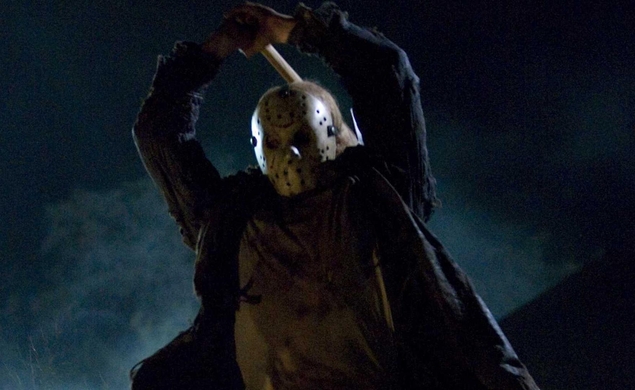 Have you ever wondered why exactly some of classic horror’s enduring villains have proven so hard to kill (or, at least, to kill in a manner that sticks from film to film)? No? Because the answer is obviously “money”? Huh, well, nevermind then!

We jest, because Friday The 13th producer Brad Fuller (who has also given us the Purge series, the new Teenage Mutant Ninja Turtle films, and a bunch of rebooted classics, from The Texas Chainsaw Massacre to The Amityville Horror) has a different idea as to why one of the genre’s signature baddies—that would be Friday The 13th star Jason—hasn’t been really killed yet.

In a new chat with Esquire, Fuller reveals a supposedly supernatural layer to the hockey-masked murderer’s enduring quality, explaining:

“There’s always been this supernatural aspect to these movies. It defies logic that, you see Jason get killed in every movie, including ours, the 2009 one. And then he comes back and no one’s ever really investigated what that is. So that’s something that I think about a little bit. Like it is supernatural, but what is he? Those are the things that we’re toying with. Nothing has been decided. But those type of things: How does he always come back?”

Still, Fuller is obsessed with giving the fans a new Jason film—one that’s appropriately titled Jason Lives—even if the road to a new camp-set slasher hasn’t been easy. As the outlet reports:

“While the writers behind Fuller’s Friday The 13th penned a draft for a potential sequel, the new film will depart from those ideas (although it's uncertain, even to Fuller, if the next film will tie back into the 2009 version — the details haven’t crystalized). Paramount preemptively dated a Friday The 13th a number of times, first for March 2015, then to November 2015. It’s now slated for May 13, 2016. Several writers have worked on scripts for the film over the years, but Fuller says, at this stage, they’re finalizing a direction and settling on ‘two or three different’ writers, who they hope to hire in the next two weeks. That May 2016 date is in sight.”

The film does at least boast a locked director: David Bruckner, who previously directed The Signal and the “Amateur Night” segment from V/H/S. Bruckner is also interested in the supernatural angle, as Esquire shares that “Bruckner got Fuller thinking about Jason’s unquestioned ability to die and reanimate in each Friday The 13th film, what he sees now as the franchise’s unique attribute in film history.” Who knows how far this idea can actually go, but at least Fuller and Bruckner are trying to think a little bit outside the box for the film.

Yet, despite a seemingly fuzzy future and a new idea, Fuller is still determined to keep his new film true to its basic roots, promising that the all of the typical Friday The 13th beats will all be there in the next film, from a camp setting to a predominance of bad teen behavior. And, you know, that supernatural Jason.