Meet Furbacca, the Chewbacca Furby of your most vivid childhood nightmares 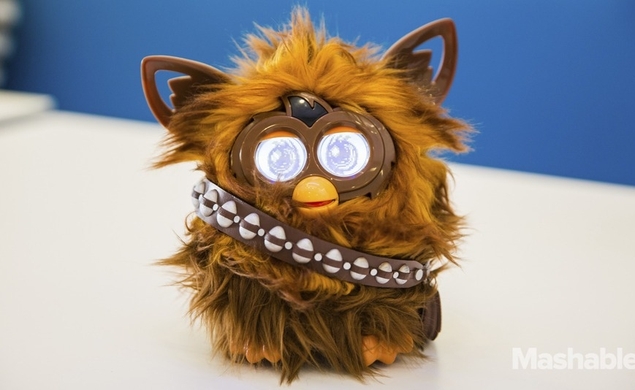 The Furby, a hamster-like electronic creature that communicated, both with humans and with each other, in a homemade language of “Furbish” before transitioning gradually to English phrases, was a favorite among small children and hack comedians alike during its late-1990s heyday, when these furry little buggers were all the rage. They were the Cabbage Patch Kids or Tickle Me Elmo of their day, the Christmas gift every kid wanted and every parent desperately strived to track down in the midst of insane demand that facilitated a shadowy and often sinister resale market for these popular toys.

The hype surrounding Furbys died down after their initial burst of popularity. It’s no longer a fad or a craze, though Hasbro has continued to tinker with the line by introducing new lines like Furby Babies, Emoto-Tronic Furbies, Furby Friends, Emoto-Tronic Funky Furbies, and more recently, redesigned Furbies from the past few years with apps and operating systems. Hasbro has also embraced merchandising as a way of keeping the toy in kids’ hands and out of the dustbin of history—Furbies have been created to look like Gremlins’ Gizmo and E.T of the motion picture E.T The Extra-Terrestrial.

Now, Hasbro has announced “Furbacca,” a Furby designed in the image of the beloved Wookiees of Star Wars Holiday Special and, to a much lesser extent, the Star Wars series of motion pictures. 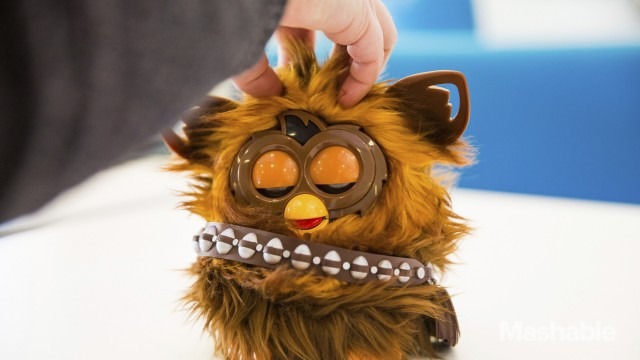 Furbacca “speaks” Wookiee, has LCD eyes that convey anger (if the owner pulls its tail) and display Imperial Death Destoyers and X-Wing Fighters, as well as Chewbacca’s bandolier, tail, and ears, and generally embodies the world’s worst acid trip. Seriously, this toy is at once adorable and the stuff of nightmares. Furbacca hums the Star Wars theme song and can be controlled by an app that will also allow users to “hatch” other characters from the Star Wars universe. The toy retails for $79.99, so if you would like to simultaneously terrify and amuse a small child or an emotionally stunted adult, this is the nightmare fuel you have been waiting for.