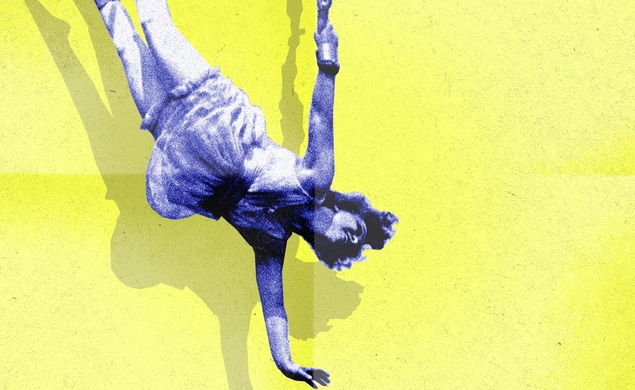 The grand era of the American circus may be long past, but the romance of the time—the danger! the travel! the sticky treats!—still endures. Or perhaps that’s just nostalgia creeping in for something that, in its mostly lackluster present-day form, isn’t particularly romantic, at least after you pass the age of 8 or so. (Once you get hip to animal-abuse issues and toss up some cotton candy, the whole thing kind of loses its charm; I speak from experience.)

The Hollywood Reporter shares that Warner Bros. is apparently banking on our collective interest in the circuses of the past and our continuing need for a great love story with its next project, a feature film based on Dean N. Jensen’s book Queen Of The Air: A True Story Of Love & Tragedy At The Circus. The studio is currently in negotiations to grab both the rights to Jensen’s book—which hit shelves in 2013—and a spec script penned by Cat Vasko. (Vasko has yet to get a film made, but her hilarious-sounding screenplay Situation Comedy appeared on the 2014 Black List, so she’s certainly one to watch.)

Jensen’s book centers on “Lillian Leitzel, a trapeze artist who in the early 20th century was one of the biggest stars in the world as she performed for the Ringling Bros. and Barnum & Bailey Circus, and her tragic love affair with Alfredo Codona, who may have been one of the best trapeze artists to ever flip under the big top. The two were tempestuous artists, divas and madly in love.”

Both Leitzel and Codona were major stars who rose to fame because of their unique abilities in the ring—Leitzel was famous for a signature move that saw her dislocating her shoulder in order to complete graceful turns, while Codona was known for a triple somersault that killed plenty of other performers—and their love affair outside the circus sounds just nuts (in the best of all possible ways). Leitzel wasn’t just the first woman inducted into the International Circus Hall of Fame, she was the first inductee period. Later in his career, Codona served as Johnny Weissmuller’s stunt double during filming for Tarzan And His Mate. These two were circus royalty, the Taylor and Burton of that world, and it’s only surprising that we haven’t yet gotten a story about their wild lives.

There’s also tragedy (like, a lot of tragedy) at the heart of their love story, so unless you’re either a) well-versed in circus lore or b) not at all adverse to spoilers, we’d have to advise against Googling either Leitzel or Codona just yet.

THR reports that “sources say the tonal watchwords for the project is The Great Gatsby, Moulin Rouge and Water for Elephants.” (What are your tonal watchwords? Mine are Ferris Bueller’s Day Off, The Adventures Of Milo And Otis, and Up Close & Personal.)