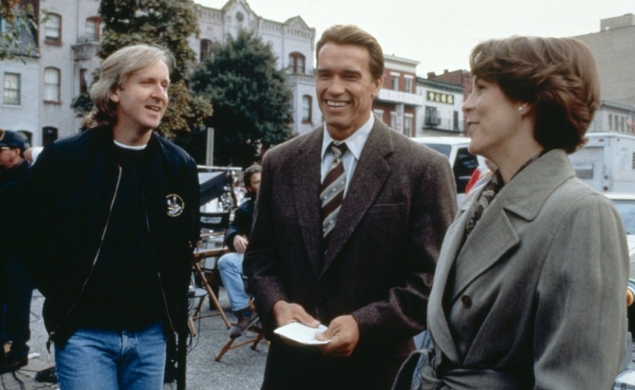 Evidence: “According to top level sources, a bad guy human general is going to be played by someone who hasn’t worked with James Cameron in almost 20 years. Ready? It’s none other than… ARNOLD SCHWARZENEGGER!”

The Speculometron’s calculations: Even before it was a published rumor, observers had been speculating about the possibility of this collaboration for months. Cameron’s Avatar sequels could use a jolt of star power (and at least a couple non-Na’vi characters); Schwarzenegger could use a mega-blockbuster to cement his comeback (not to mention a project where he’s not called upon bear the burden of the action scenes). It makes sense for both of them to reunite. Cameron was the guy who made Schwarzenegger a movie star, and he understood how to use him effectively onscreen (in two Terminators and the underrated True Lies) better than almost any other filmmaker. If anyone could figure out how to utilize this older, slower Schwarzenegger, it’s him.

The only reason to think this won’t happen is scheduling. Cameron’s working on three of these Avatar sequels simultaneously, and depending on the size of Schwarzenegger’s character, that could be a major committment for a guy who’s already attached to a bunch of projects, including a Terminator reboot which now has a firm release date in July of 2015. But if the stars align in the Pandoran sky, the Speculometron calculates this is a pretty safe bet.