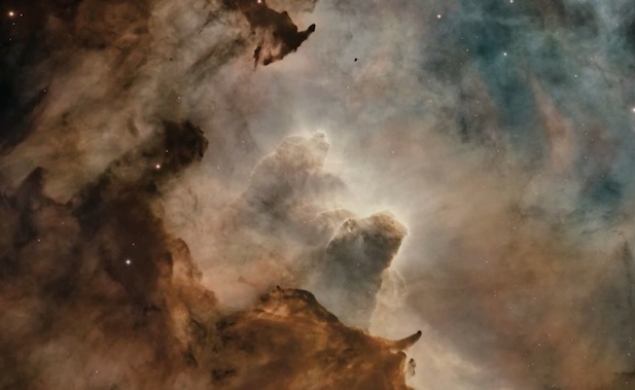 Remember back when we used to have to wait—really wait, like sometimes whole decades—to see a new Terrence Malick film? Those days are thankfully long gone, as the American auteur has seen a marked uptick in output over the past five years, giving us features like The Tree Of Life and To The Wonder with just a year (one year!) between them, along with teasing upcoming films like Knight Of Cups and his untitled Texas-set romantic drama, and even making some time to put together a documentary, just for fun.

Inspired by his work with The Tree Of Life, Malick’s long-promised documentary, Voyage Of Time, is finally nearing completion, thanks to a fresh infusion of cash from new investors. A press release reveals that the IMAX Corporation and Broad Green Pictures have joined up with Sophisticated Films and Wild Bunch to finish the financing on the IMAX eye-popper. The film is also the first recipient of IMAX’s newly-formed Original Film Fund, which aims to co-finance 10 original films in the IMAX format, specifically “in the form of documentaries that employ cutting-edge techniques, innovative filmmakers such as Malick, and embrace fresh new perspectives in documentary storytelling.”

Additionally, IMAX will host an exclusive release of the film, with Broad Green releasing the film after that initial run ends. Moreover, the film will actually have two versions to show off: a 40-minute IMAX version (narrated by Brad Pitt, naturally) and a 35mm feature-length version (narrated by Cate Blanchett, also naturally).

The film is billed as “a celebration of the universe, displaying the whole of time, from its start to its final collapse. This film examines all that occurred to prepare the world that stands before us now: science and spirit, birth and death, the grand cosmos and the minute life systems of our planet.” Also dinosaurs? We would like to see more dinosaurs, please.

There’s no word yet when we can expect to see either version of Voyage Of Time on the big screen, but it’s probably best to prepare our eyes right now.