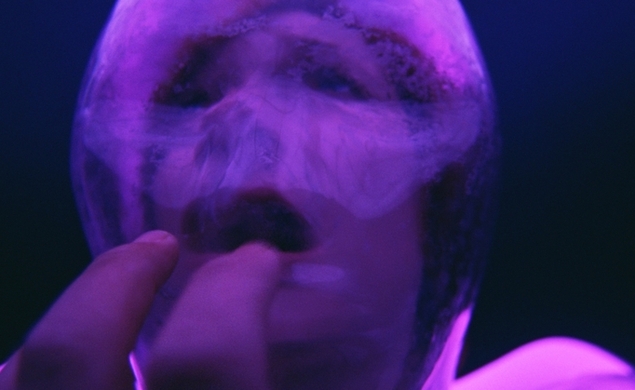 Ryan Gosling is a man of many talents. He’s an acclaimed actor. A casual hero. A feminist. A vessel for our rainy-day fantasies. A Dirty Dancing re-enactor. A self-aware pop-culture icon. A “stupid” singer. A rippling set of abs. But none of this is enough for Ryan Gosling. Nay, what Ryan Gosling really wants do to is direct. So last year, he did just that, helming his first film, Lost River.

Lost River has all the makings of a good movie: A cast that includes Christina Hendricks, Saoirse Ronan, Ben Mendelsohn, and Eva Mendes; an enigmatic, sci-fi-meets-noir-meets-fairy-tale premise (a secret underwater town that’s an allegory for Detroit?); tips of the hat to Drive director Nicolas Winding Refn, David Lynch, and Terrence Malick; Keith Phipps’ excitement. Alas, when the movie premiered at Cannes last year, it was almost universally trashed by critics. As Grantland’s Wesley Morris put it, “A star made a fart, and the festival choose to ignore the ‘f.’ ” I enjoyed that wordplay, Wesley. Thank you.

In May, our own Noel Murray reported that Warner Bros., which acquired Lost River at Cannes, was looking for someone to take the film “off its hands in the wake of the movie’s divisive (or by some accounts, disastrous) Cannes debut.” Nobody else wanted it, which is awkward. Later, Warner Bros. confirmed that the movie would get a “limited release,” which is likely the movie-studio equivalent of saying, “Well, fuck it, we already paid for it.” A begrudging release is better than no release, right, Ryan?… Ryan?

While we find Ryan, here is the new trailer for Lost River:

Okay, as a thought experiment, let’s put the wooden, overly expository dialogue (see: above; Saoirse Ronan’s very literal explanation of “why they call this Lost River”) and knockoff-David-Lynch imagery aside. This movie looks like it might not be as terrible as its legend suggests? As I’ve expressed 14 times on this site alone, I love a good post-apocalyptic sci-fi, and apparently, so does Ryan. So I’m holding out hope. Plus, I just want Ryan to be happy and creatively fulfilled so that he will continue to be a delight.

(For a look at Lost River's score, visit our sister site Pitchfork.)