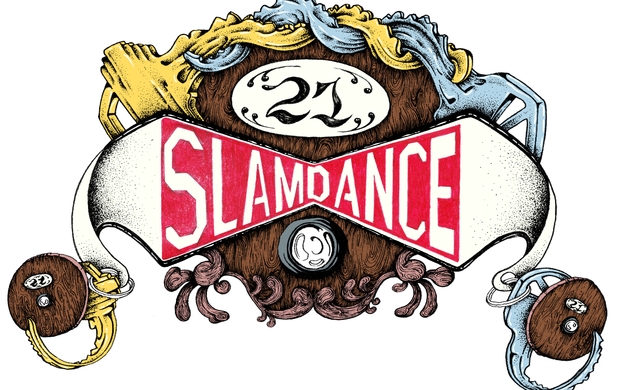 Nestled high atop a snowy small town street, the Slamdance Film Festival has just wrapped up its 21st year in Park City, Utah, a ski town that’s known for hosting that other film festival every January. (Something else with “dance” in it, we think?)

Slamdance may have been originally conceived as an alternative to Sundance (which, sort of hilariously, mainly operates just down the hill from Slamdance Headquarters), but the festival has blossomed into its own thing over the two-plus decades it’s been in existence. In addition to providing a home for all sorts of filmmakers (including a few you might have heard of, like Christopher Nolan, Benh Zeitlin, and Lynn Shelton), Slamdance also hosts a number of year-round initiatives, like its “On the Road” series, a screenplay competition, and a brisk VOD business.

This year’s Slamdance has just wrapped and, as ever, their annual awards provide a glimpse at some of independent film’s true rising stars. There’s also a film about a guy who claims to have had a sexual relationship with a dolphin, so no, Slamdance isn’t toning itself down anytime soon.

This year’s Slamdance award winners are:

Jury Award for Animation Short: The Pride Of Strathmoor, dir. by Einar Baldvin