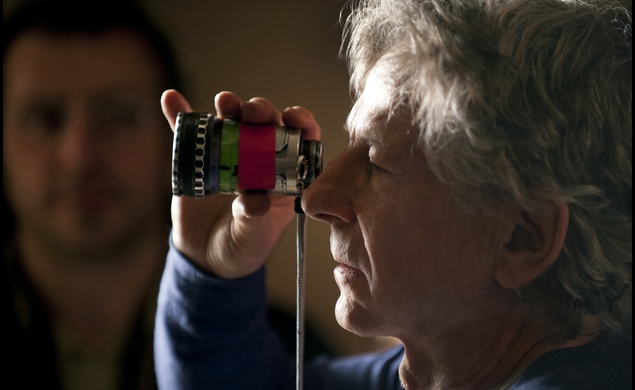 At age 80, Roman Polanski is still technically a fugitive from justice, making his appearance yesterday and today at Poland’s Gydnia Film Festival something of a surprise. Polanski was last in the country two years ago for a friend’s funeral and a rare recent Vanity Fair profile noted that his inability to move around for fear of extradition relating to still-open charges regarding his 1977 rape of then-13-year-old Samantha Geimer was somewhat exaggerated: “in February 2009, for example, Polanski’s lawyers announced in open court that he would be filming in Germany (from where he was extraditable); Polanski had also shot The Pianist there in 2001, had owned a house in Spain for 20 years, served as a judge at the Venice Film Festival, and spent most of 1985 filming in Tunisia.”

The rape has re-entered the news cycle once again due to Geimer’s memoir The Girl: A Life In The Shadow Of Roman Polanski, which comes out next Tuesday. The director was arrested four years ago at the Zurich Film Festival and was subsequently kept under house arrest until American authorities failed in their extradition efforts. Presumably in an effort to maximize his security, only film students were allowed to attend his master class, and today’s screening of his latest movie Venus In Furs was invitation-only with a high security level. Though barred from attending the master class, The Hollywood Reporter’s Nick Holdsworth spoke with one of the attending students, who said Polanski spoke in Polish throughout and named There Will Be Blood and Suicide Room (a grim-sounding 2011 Polish drama about an Internet-fixated teen lad that didn’t make many waves outside the country) as two of his favorite recent films.

Polanski’s attendance is something of a coup for the festival’s artistic director Michal Chacinski, who was appointed three years ago (as Holdsworth also reported) “on a radical brief to transform an event many agreed had become stale.” Chacinski’s first action was to cut the main competition slate from 24 to 12 films, part of an initiative to make it clear that simply being a Polish film wasn’t enough to make the competition cut. “I’m still angry,” one anonymous Polish director said. “But I respect that Chacinski has a set of criteria and concepts and decided my film should not be in competition.” With Chacinski’s contract up for renewal next month, Polanski’s attention-getting appearance presumably makes his reappointment more likely.