An Affair Of The Heart asks, "Why Rick Springfield?" 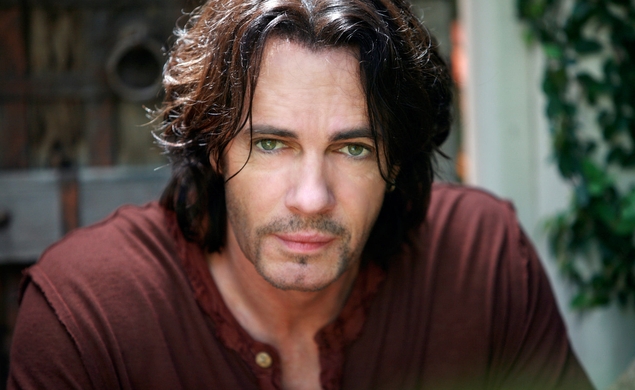 Film: An Affair Of The Heart

As the author of a book explicitly about fandom (You Don’t Know Me But You Don’t Like Me, a study of Juggalos, Phish Phans, and my deplorable tendency toward self-indulgence) and the co-author of a coffee-table book with a man (Weird Al: The Book) whose fans are every bit as obsessive as Juggalos, though blessed with better educations and hygiene, I am inherently fascinated by rabid fandom.

So when I found out there was a documentary streaming on Netflix about obsessive Rick Springfield fans (An Affair Of The Heart), I jumped on it immediately. With a guy like Rick Springfield, whom most folks vaguely remember from the 1980s, soap operas, his one ill-fated cinematic vehicle (which is never mentioned), and for providing the soundtrack (“Jessie’s Girl”) to one of the most memorable sequences in Boogie Nights, the big question is, “Why?”

What is it about this 60-something, middle-of-the-road rocker that attracts such rabid fandom, even though he hasn’t had a hit since Reagan was in office? The answers have a lot in common with what attracts Juggalos to Insane Clown Posse, Phans to Phish, and poindexters to “Weird” Al Yankovic. For starters, he is a conduit to their pasts. To the middle-aged women in An Affair Of The Heart who follow Springfield from concert to concert, or pay big money to sail aboard his “Rick Springfield & Friends” cruise, he’s a link to the flirty, boy-obsessed, spunky teenyboppers they used to be. Every time Springfield plays the opening chords to “Jesse’s Girl,” sense memory kicks in, and these housewives with kids and husbands and mortgages and tedious office jobs are suddenly 16-year-olds with blonde perms and bright futures.

Like Phish, “Weird” Al, and Insane Clown Posse, Springfield prides himself on having a close connection to his fans, to talking to them after shows, signing autographs, and taking photographs—generally, being as approachable as a 60-something rock star can be without veering into uncomfortable territory. That’s certainly the appeal of the Rick Springfield Cruise: the idea that fans can spend four days and nights in the company of their high-school crush.

The Rick Springfield of An Affair Of The Heart comes off extremely well. He’s likable and outgoing, and at 61 (when the film was made), still hunky enough to perform extensively without his shirt, to the oohs and ahhhs of his lust-filled fanbase. He’s also a good-natured mentor to a Christian guitarist whose Springfield-obsessed parents thrust him onstage when he was just a baby. Springfield is still good-looking, and while An Affair Of The Heart did not inspire me to download his Greatest Hits, for a middle-of-the-road 1980s rocker, he’s pretty damned good at churning out catchy three-minute pop-rock songs with solid hooks. Lastly, Rick Springfield fandom provides a sense of community to people who otherwise might not have anything in common beyond their primal need to hear “Jesse’s Girl” performed live as often as finances and logistics allow.

But Springfield’s unusual cultdom has complications. Some of the most compelling segments in the film feature grown-ass men who vent their ambivalence about playing Mr. Mom while their wives lust after Springfield on his cruise, and have to reconcile themselves to the fact that, in their wives’ libidos, at least, they will always come second to a rock star most people probably don’t even remember anymore.

What makes An Affair Of The Heart a missed opportunity is that Springfield has been extraordinarily open about his battles with depression, suicidal tendencies, and infidelity, all of which he mapped out in his well-regarded 2010 memoir, Late, Late At Night. Yet An Affair Of The Heart limits this fascinating and revealing aspect of Springfield’s life and career to the final 15 minutes. It’s a documentary for Rick Springfield super-fans, and acknowledging too extensively that he first tried to kill himself at 17 would obviously be something of a downer, when they really just want to ogle their hero and have their connection to him reaffirmed.

The irony is that if the documentary went into more depth (or any depth, really) about Springfield’s battles with mental illness, it would probably just endear him to his fans even more. What Springfield fan wouldn’t want to know that their idol experiences the same sadness and struggles they do, albeit on a much different scale? Still, I enjoyed An Affair Of The Heart, even as it seemed superficial and a bit of a missed opportunity. It’s an upbeat look at a likable man and his obsessive fans that could have been better if it were more willing to delve into its subject’s dark, stormy depths.

Educational value: Does not meet expectations