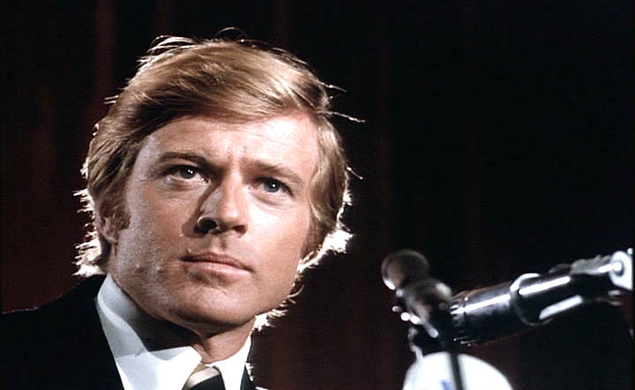 Robert Redford has been Turner Classic Movies’ “star of the month” all January, but I’ve been neglecting to give him any ink, which is damned ungracious of me, given that I’m currently enjoying Mr. Redford’s hospitality here at the Sundance film festival in Park City. (Actually I’m paying my own way, save for the press badge. But you get what I mean.) Perhaps I was just waiting for the right set of movies to give Redford his due—and tonight’s would definitely be that set. The evening begins with The Candidate at 8 p.m. Eastern, followed by All The President’s Men at 10 p.m., Three Days Of The Condor at 12:30 a.m., and Downhill Racer at 2:45 a.m. These films represent Redford at the peak of his popularity, using his golden-haired, all-American good looks to examine the soul our nation’s heroes, exposing the weaknesses, opportunism, and confusion that often work against our best intentions.