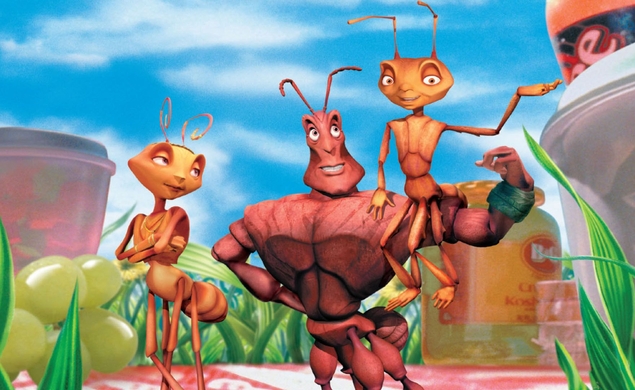 DreamWorks has experienced its share of highs and lows. There were the Kung Fu Pandas and the Madagascars and the How To Train Your Dragons, and then there was that movie with the anthropomorphized ant played by Sylvester Stallone somewhere deep in the uncanny valley, and that Shrek movie with all the Smash Mouth songs, and the Finding Nemo ripoff with the disturbingly fuckable fish.

Things haven’t been so peachy at DreamWorks as of late. Last week, it was announced the studio would be cutting 500 jobs, and now Variety is reporting that the skittish animation powerhouse is re-jiggering its release schedule and pushing back several of its high-profile upcoming releases. How To Train Your Dragon 3 (suggested subtitle: Shouldn’t Your Dragon Be So Well-Trained By This Point That It Should Be Able To Train Other Dragons And Maybe Pick Up Some Bucks On The Side?), which was originally set to open June 9, 2017, will now open on June 29, 2018. (Save the date! Take a sick day! Just don’t miss being first in line for this righteous event three and a half years from now.)

Boss Baby with Alec Baldwin and Kevin Spacey is also being pushed back from 2016 to January 13, 2017, while B.O.O.: Bureau of Otherworldly Operations, a cartoon with a voice cast led by St. Vincent funny-people Bill Murray and Melissa McCarthy, and initially set to be released on June 15, 2015, is reportedly still in development.

According to Variety, the current schedule for Dreamworks animation is as follows:

The article quotes animation chief Jeffrey Katzenberg as focusing on “making blockbuster films” and “going back to basics” with a quality-over-quantity philosophy vs. a sequels-over-originals bent. This kind of rejiggering isn’t that unusual in animation: Pixar is famous for pushing back the release dates of their films for years while extensively re-working them, and two films a year is still plenty, considering what a huge, expensive gamble they tend to be.

And I, for one, would love to see DreamWorks return to its roots by knocking off Pixar with cruddy, cheap-looking films where Sylvester Stallone and Woody Allen voice best-buddy insects who support each other in their various endeavors. Is that too much to ask?