Kanye West is no longer making a Jetsons movie, but Warner Bros. is 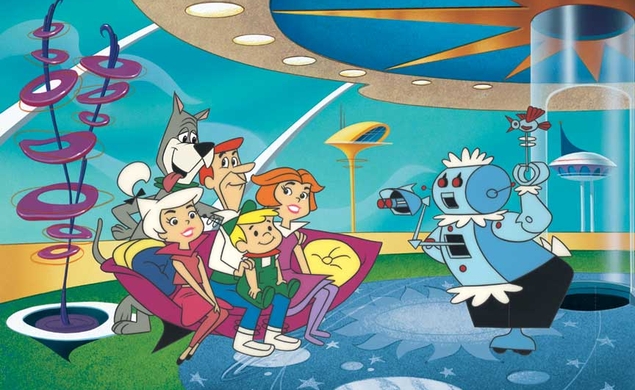 …Daugh-ter Judy! Jane, his wife! Apologies right off the bat on this one, but there’s no way you’re going to get away from reading about a brand-new Jetsons movie without getting its catchy, classic theme song stuck in your head.

Deadline reports that the beloved cartoon series is bound for the big screen, though not in the way we were initially expecting. (To be honest, that seems like a good thing.) Back in early 2013, news hit the wire that rap megastar/artist extraordinaire/James Franco of the music world Kanye West was looking to serve as “the creative director” of a new Jetsons feature film. On one hand, cool! Be real, if you were a multi-millionaire, wouldn’t you want to use your big bucks to help shepherd the shows of your youth to the big screen? On the other hand, wait, what?

Worry no more, the inner conflict that arises from trying to parse such strange connections no longer exists to haunt you, because Deadline also reports that West is no longer involved in the project, and that Warner Bros. has hired Matt Lieberman to script the film, “working from scratch on a fully animated version.” Additionally, the outlet says, “Lieberman got the job after his script work on the animated Scooby-Doo movie,” which has been fast-tracked at Warner Brothers.

There’s no word on what Lieberman and Warner Bros. are aiming for with this new feature, though we hope it’s a loving, fun take on the original Hanna-Barbera series. We couldn’t take a dark, gritty, brooding” look at life in our space-future.