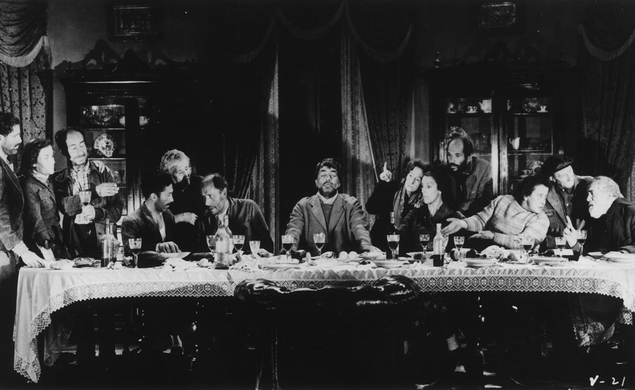 Some filmmakers see their names become adjectives because of certain stylistic touches, or because they return to the same images and themes over and over. But when a movie gets called “Buñuelian,” it’s more because of an entire approach to cinematic storytelling: one where reality and dreams intermingle indistinguishably. Tonight, Turner Classic Movies is showing arguably the five most essential Buñuel features: Belle De Jour at 8 p.m. Eastern, The Discreet Charm Of The Bourgeoisie at 10, Diary Of A Chambermaid at midnight, Viridiana at 2 a.m., and The Exterminating Angel at 3:45. Buñuel first made a name for himself with the shocking surrealist short “Un Chien Andalou” (co-created with Salvador Dali), but it’s with these five films about the strange habits of the monied and religious that he secured his place in world cinema. These movies mix sly satirical wit with jolts of vulgarity, exposing the inherent farcicality of the class system. Anyone in need of a Buñuel primer would do well to start here.