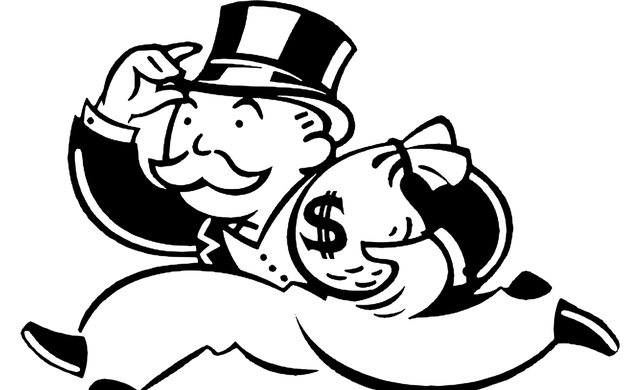 Not too long ago (let’s say, 2008), in a pop-culture realm roughly as silly and pandering as ours, it was announced that Ridley Scott, the man who directed Blade Runner, Alien, Thelma & Louise, and a number of much crappier films, such as the one where Cameron Diaz fucks a car, would be turning his attention to making a movie out of Monopoly, the board-game favorite that has been tearing families apart for decades.

Like most high-concepts coming out of Hollywood, it seemed like a bit of a stupid idea. A movie based on Monopoly? What’s next, a tentpole franchise based on Pirates Of The Caribbean? Battleship, the movie? A Lego movie? Yes, in Hollywood, stupid ideas are often realized as stupid (and not-so-stupid) movies, and considering Scott’s gift for large-scale, period storytelling, his pairing with Monopoly made some sense.

According to Yahoo Movies, Scott and original writer Frank Beddor (one of the screenwriters of There’s Something About Mary whose last name is not “Farrelly”) originally saw the film as being about a “lovable loser” and Monopoly fanatic who finds himself lost in his favorite game. Scott conceived of the project as a “comedic Wall Street” that was fundamentally about greed.

Universal was not so hot on the idea, so Scott and Beddor’s original conception for the film did not pass “Go” and went to the equivalent of movie jail. Now, producer Randall Emmett tells Collider that the film will still be made, albeit in a radically different form. Scott is long gone, and the film will now apparently be in the mold of The Goonies and involve a motley group of kids pursued by an evil adult. Emmett says a big announcement regarding the new cast, director, and premise will arrive in February. The piece quotes Emmett as saying, “We really spent a lot of time on the script really trying to create family fun for everybody.”

So look out for big news about how an ancient board game will become a brand-spanking-new motion picture modeled on a movie from the mid-1980s that paid homage to the Our Gang shorts of producer/storywriter Steven Spielberg’s youth. While we don’t know exactly what this newfangled Monopoly will look like, we can rest assured that it won’t involve anything as risky or unpopular as originality.