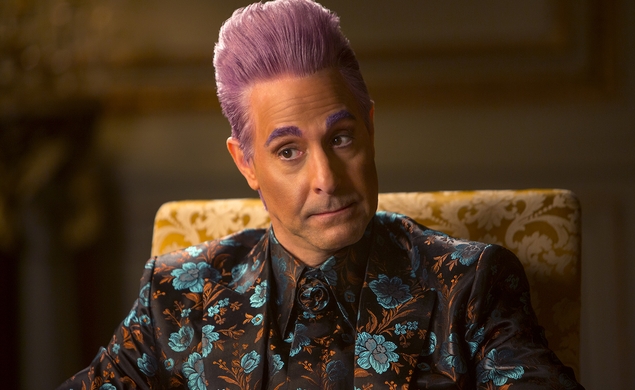 Austrian filmmaker Stefan Ruzowitzky surprised the world and made his fatherland proud when he took home the Academy Award for Best Foreign Film in 2007. Ruzowitzky’s film The Counterfeiters wowed voters with its tricky meditations on morality, telling the tale of a Jewish prisoner forced to assist the Nazis in a secret scheme to destabilize Britain’s economy by flooding the market with counterfeit money. As prophetically noted by a pre-The Reader Kate Winslet, Holocaust stuff plays like gangbusters come awards season, but The Counterfeiters is a finely wrought piece of work in and of itself. That was 2007. Ruzowitsky’s upcoming thriller Patient Zero sounds like it will be… different.

A report from Deadline today brings a new development with this project still in pre-production: Stanley Tucci has now joined the cast in the “deliciously evil” role of a “professor who becomes infected, and highly violent. He becomes determined to crash the lab that’s working on a cure and thwart the search for Patient Zero.” At the risk of editorializing, I very much look forward to seeing this man play some sort of homicidal viral zombie. That shit sounds rad as hell.