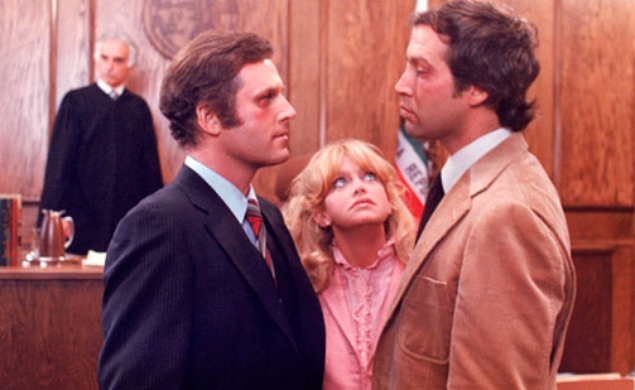 A handful of 1970s superstars—including screenwriter Neil Simon and The Mary Tyler Moore Show director Jay Sandrich—made a good start to the 1980s with Seems Like Old Times, a snappy screwball comedy that was a big hit in its day but doesn’t get talked about that much any more. Goldie Hawn plays an attorney whose passion for helping the helpless embarrasses her politically ambitious husband (played by Charles Grodin), and especially causes friction when she tries to hide an ex-husband (Chevy Chase) who’s been wrongly accused of bank-robbery. All three stars invest the farce with crackerjack comic timing, particularly in the movie’s two big scenes: one where this bent love triangle tries to make it through a big dinner party for the governor of California, and another when their whole strange story is brought before a hilariously exasperated judge (played by the inimitable Harold Gould). Seems Like Old Times is some of the best work that all of these people ever did on film, and it airs on Turner Classic Movies at midnight tonight.