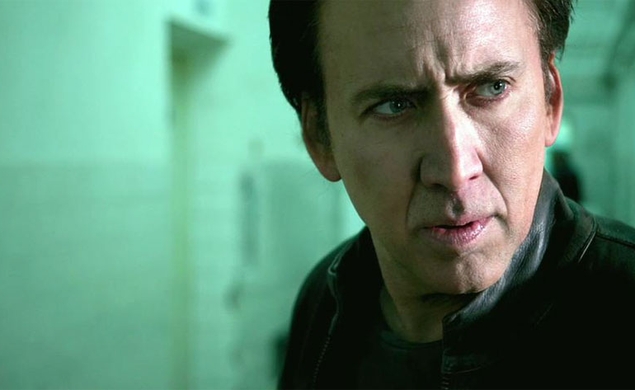 It’s no secret that Academy Award-winner Nicolas Cage makes an insane amount of movies to fund his crippling addition to purchasing castles in Europe. Hell, last year he even crossed the Christian zone when he lent his fading star power, rapidly receding hairline, and always-questionable judgment to Left Behind, a not-so-gritty reboot of the Christian film franchise once headlined by noted non-Academy Award winner Kirk Cameron.

Most of Cage’s terrible movies are fairly interchangeable, and feature him running around a sparsely populated New Orleans or Detroit looking for his lost wife and squandered dignity. But a lot of Cage’s movies also qualify as what experts refer to as “batshit insane.” The teaming of Cage with Borat director Larry Charles certainly falls on the “batshit insane” side of the register, but with an intriguing twist: It looks like this film might actually be batshit insane in a good way.

According to The Hollywood Reporter, Cage has been tapped to star in Charles’ Army Of One, a ripped-from-the-headlines satire based on a GQ article by Chris Heath about a construction worker from Colorado who decides to cut out the middle-man and hunt down Osama Bin Laden himself. The Weinstein Brothers will produce the film through their TWC-Dimension banner, from a script by Draft Day’s Scott Rothman and Rajiv Joseph, though, as with many of Charles’ projects (Curb Your Enthusiasm, Borat, and Bruno, for instance), the film will be partially improvised.

Charles has a pretty solid track record that includes the underrated Sacha Baron Cohen comedy The Dictator, though he did direct the loathsome Religulous, where Bill Maher smirked his way around the world telling people of faith they were dumb for believing in something greater than themselves. He also helmed the cryptic Bob Dylan collaboration Masked And Anonymous, so he has plenty of experiencing catering to the egos of the brilliant and insane.