Our next Movie Of The Week: Rock ’N’ Roll High School 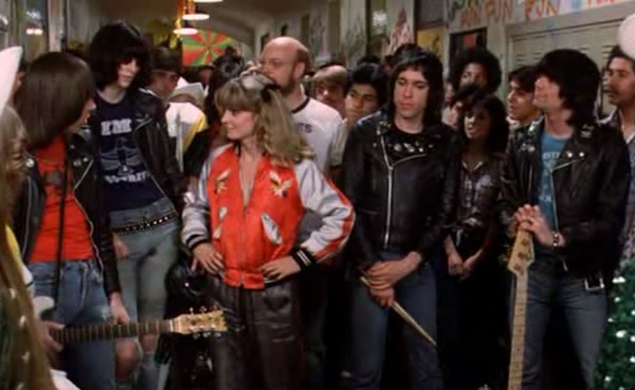 Producer and exploitation maestro Roger Corman famously wanted to make Rock ’N’ Roll High School a much different movie, named Disco High in honor of the fading musical craze. That is, until some of the gifted young punks working for him convinced him you simply couldn’t blow up a high school—as they planned to do in the film’s climax—to disco. Disco was out, and after Corman contemplated groups like Cheap Trick, the Ramones were in. And though it was a commercial failure at the time of its release, Rock ’N’ Roll High School  has gone on to become a beloved cult classic that captured the odd, infectious, and strangely inclusive innocence of the Ramones in cinematic form.

Our next Movie Of The Week, Rock ’N’ Roll High School is Frank Tashlin meets punk rock, following the Ramones’ No. 1 fan, Riff Randell (P.J Soles at her most irresistible), as she prepares for the arrival of her favorite band in her hometown, and squares off against the rock-hating Principal Togar (Mary Woronov). It’s pure fun, a live-action cartoon featuring great character actors like Paul Bartel, the aforementioned Woronov, and celebrity sibling Clint Howard, who has never been funnier as a slickster who can get kids anything they want—most of which they should not have. So crank up the Ramones and prepare to join us next week as we unpack one of the funniest, most rockingest comedies ever made.