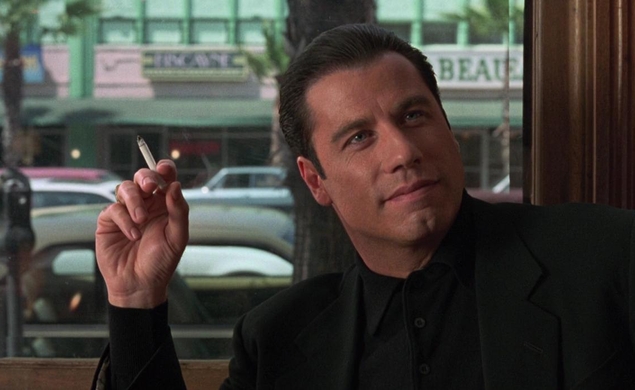 The boom in 1990s Elmore Leonard movie adaptations reached its peak with the release of Quentin Tarantino’s Jackie Brown in late 1997 and Steven Soderbergh’s Out Of Sight in mid-1998, but the biggest hit of the bunch arrived in 1995, and arguably launched the trend. Director Barry Sonnenfeld and screenwriter Scott Frank’s version of Get Shorty plays up Leonard’s comic side more than the shaggy tough-guy cool of the films and TV shows that came later. John Travolta—still in the thick of his post-Pulp Fiction comeback—plays mellow mob collector Chili Palmer, who finds that his methods of quiet persuasion work well when he tries to break into the movie business. A stellar cast that includes Gene Hackman, Rene Russo, Danny DeVito, James Gandolfini, Dennis Farina, Delroy Lindo, David Paymer, and Bette Midler all play the collection of violent thugs and Hollywood phonies whom the perpetually chill Chili handles easily. It’s all a lot of fun to watch, even if the hero’s confidence and competence defuses a lot of the dramatic tension. Get Shorty airs on HDNet Movies tonight at 7 p.m. Eastern, and again at 10:30.