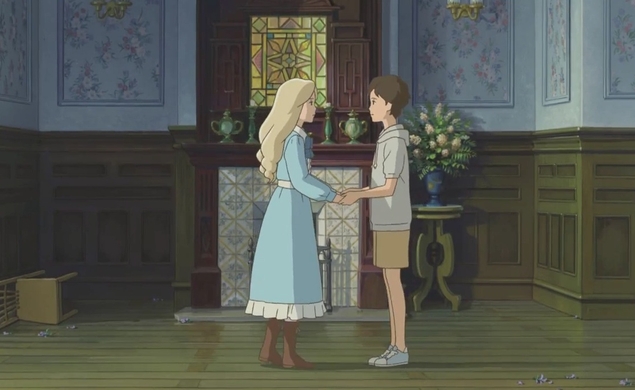 New York-based distributor GKIDS today announced it’s landed distribution rights for When Marnie Was There, the latest animated wonderland from Japan’s famed Studio Ghibli, home of Spirited Away, My Neighbor Totoro, The Wind Rises, and many other spectacularly beautiful, winsome films. On the one hand, this isn’t surprising—GKIDS has been handling American theatrical distribution for most Ghibli films since 2011, including the 2014 theatrical release of The Tale Of The Princess Kaguya. On the other hand, it’s still welcome news to Ghibli fans who remember when Walt Disney used to mechanically acquire all of Ghibli’s films with no particular interest in distributing them, then sit on them for years. GKIDS has suggested Marnie will be in American theaters this spring, an unusually quick turnaround for a movie that debuted in Japan in July 2014. The company also has home-video rights, so expect a DVD/Blu-ray release at a reasonable speed as well. Ghibli is currently producing the English-language version for overseas distribution.

The film, which adapts an atmospheric 1967 British children’s novel by Joan G. Robinson, is a fantasy about a sickly 12-year-old girl who befriends a mysterious stranger, with emotional consequences for both. Directed by Hiromasa Yonebayashi, who also helmed Ghibli’s 2010 feature The Secret World Of Arrietty (also based on an English-language children’s book, Mary Norton’s The Borrowers), Marnie looks like yet another in the familiar Ghibli mode: pastel, pastoral landscapes; sweet relationships and bittersweet realizations; and a whole lot of crashing water to represent big emotions. Here’s an English-sub trailer: