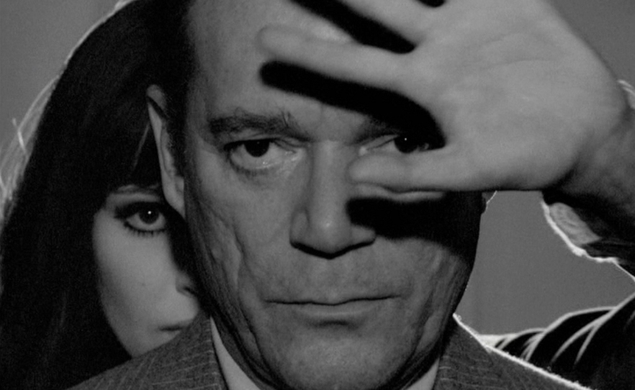 Jean-Luc Godard’s filmography is characterized by restlessness. The seminal French director took wild creative leaps from film to film, as if compelled by some fidgety need to explore every possible filmmaking avenue available to him. As in the case of last year’s eye-popping Goodbye To Language 3D, that artistic insatiability can manifest with new challenges to the form. But Godard got his kicks during the ’60s by constantly experimenting with genre, collecting tropes and imagery from different cinematic traditions until he had created something novel and strange and unforgettable.

“Novel,” “strange,” and “unforgettable” get pretty dang close to the essence of Alphaville—a singular, difficult-to-describe film. They’re also three words intimately familiar to longtime Twin Peaks cinematographer Frank Byers, who (as reported by The Wrap) will soon direct a remake of Godard’s sci-fi/noir curiosity, independent of any studio support. The veteran behind the camera will settle into the director’s chair for the first time with this new film, and while his directorial inexperience is a possible red flag, the passion-project nature of Byers’ Alphaville remake engenders confidence. The man purchased the rights to the film from Godard using his own money, so clearly he feels strongly about the material. Byers tapped oddly punctuated screenwriter Franc. Reyes to draw up a script for the new endeavor, having collaborated in the past on Reyes’ directorial efforts Illegal Tender and The Ministers.

It’s an odd little coupling, but could be a fortuitous one. On Twin Peaks, Byers clearly demonstrated an aptitude for mingling the banal with the darkly surreal, which would be an essential skill when re-creating Godard’s realistic but slightly off aesthetic in the original. Byers appears well-suited to (re)tell the story of secret agent Lemmy Caution, sent to destroy the eponymous dystopian city by neutralizing the sinister computer Alpha 60, which has outlawed love and art and all that is good. The brilliance of the original laid in Godard’s choice to visualize the futuristic horror through a thoroughly modern lens, conjuring fear and confusion from the everyday streets of Paris. With Twin Peaks, Byers turned a simple stoplight into a Satanic omen of approaching evil, so that all sounds like something he might be able to pull off.