In which Liam Neeson Takens all of our money 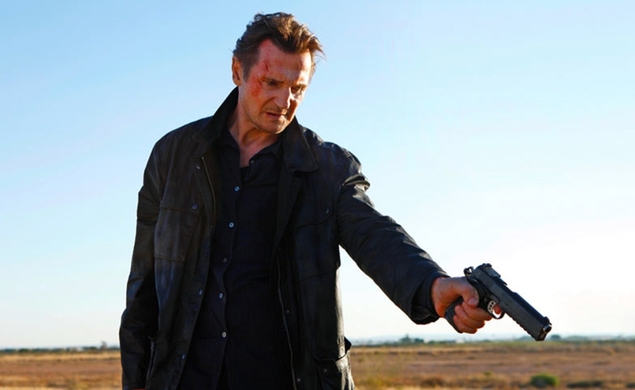 Taken 3 kicked ass and takened names at the box office on its opening weekend, grossing $40.4 million domestically, because this is America and we love Taken movies. The Liam Neeson vehicle blew the original film out of the water—despite being Keith Phipps’ preferred entry in Luc Besson’s “Eurothriller factory,” Taken took in only $24.7 million on its opening weekend—but fell a little short of Taken 2’s $49.5 million. Domestically, both the first and second installments of the old-dude action franchise went on to amass $145 million and $140 million, respectively; internationally, Taken 2 has proven to be the favorite, pulling in $376 million. All of which is to say:Taken 3 giveth (lots of Liam Neeson looking squinty and upset) and Taken 3 taketh away (a lot of our money). I’m not done with these Taken puns yet and I’m sorry.

Selma was also released wide this weekend, adding just over 2,100 theaters and making a reasonably solid $11.2 million, but coming in at No. 2 overall. It’s possible Ava DuVernay’s (really wonderful!) MLK biopic suffered a little this weekend due to recent industry criticisms about its accuracy—Box Office Mojo’s “president” genre (“movies about or starring the president”) ranks Selma’s opening at #24, underneath other president-y flicks like Independence Day (I’d argue that’s more “alien” than “president,” but agree to disagree, Box Office Mojo), which pulled in $50 million in its opening weekend, and The Butler, which made $24.6 million. Guys, go see Selma!

The Hobbit: The Battle Of The Five Armies and Into The Woods battled (probably with five armies, in the woods) for this weekend’s No. 3 spot. Into The Woods prevailed, with a $9.8 million total over The Hobbit’s $9.4 million. Rob Marshall’s fairytale smorgasbord has made $121 million worldwide since its Christmas Day opening; Peter Jackson’s fantasy epic has made $782 million.

Paul Thomas Anderson’s stoner-centric Inherent Vice expanded to 645 screens on Friday, making $2.9 million for a total gross of $4.5 million domestically (wonder how much weed Doc could buy for $4.5 million?). Next to Anderson’s previous opening-weekend grosses, that’s relatively low—There Will Be Blood made $4.9 million when it expanded, Boogie Nights made $4.7 million, Magnolia $5.7 million, and The Master $4.4 million. Fortunately, everybody in Inherent Vice is too high to notice this discrepancy.

American Sniper—starring Bradley Cooper and a fake baby, and open in only four theaters for the third weekend in a row—amassed a ridiculous $138,750 per-screen-average. Clint Eastwood’s war drama has already earned $3.2 million domestically, meaning it will start stockpiling cash money when it’s released wide next weekend. (I only ask that when you inevitably see it, keep your eye out for the fake baby. Seriously, it’s bizarre.) J.C. Chandor’s A Most Violent Year, also only on four screens, brought in a much lower but still impressive $30,250 per-screen-average, though it’s down 30 percent from last weekend. Soapy, ménage-à-trois period piece Beloved Sisters, out in nine theaters (and sleeping with all of them), pulled in $25,000 for a $2,778 per-theater average.

Elsewhere, Angelina Jolie’s Unbroken, despite being universally adored by Vatican officials, moved from third to fifth place, making $8.4 million; The Imitation Game added 812 theaters and moved from seventh to sixth place, but made two percent less than it did last weekend ($7.6 million); and Night At The Museum: Secret Of The Tomb garnered $6.7 million and moved from fifth to seventh place. Annie pulled in $4.9 million (a 56 percent drop from last weekend) and fell from sixth to eighth place; The Woman In Black 2: Angel of Death began its slow demise, moving from fourth to ninth place and earning $4.8 million; and The Hunger Games: Mockingjay—Part 1 lost 442 theaters, but still amassed $3.8 million for 10th place and an international total of $701 million.

Essentially, in true Liam-Neeson form, Taken 3 knocked everybody off their game this weekend. Tune in next week to see what happens when American Sniper takes its aim.