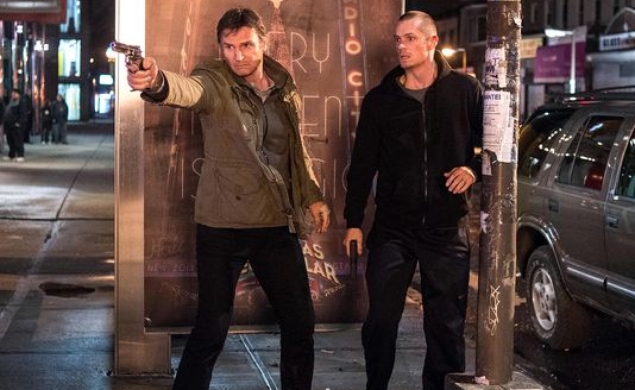 Back in 1994, Liam Neeson earned his first—and, as of now, only—Oscar nomination for his turn in Schindler’s List, firmly establishing him as part of the dramatic actor A-list that so many other serious thespians strive to join. In 2008, Neeson starred in Taken, effectively steering his career into an unexpected new direction—that of the action genre. Since the massive success of Taken, Neeson has continued with his action-heavy endeavors, from Taken 2 to Taken 3, Non-Stop to Battleship, with a little wolf-fighting fun in The Grey thrown in for spice. The narrative that Neeson suddenly became one of our greatest action stars in his mid-50s is a popular and obvious one, and it’s also one that Neeson seems compelled to perpetuate.

Which is all a fancy way of saying that Neeson has yet another action film coming out soon. In it, he will battle baddies, he will sneer sinisterly, and he will probably run all night. We know this because this latest feature is titled Run All Night. It sounds exhausting.

The new feature, from Neeson’s Non-Stop director Jaume Collet-Serra, certainly has some stuff to recommend it, from Neeson’s continued determination to maim people to the appearance of Ed Harris as a nefarious mob boss to a cool (if somewhat uninspired) one-night-only timeline, although most of the film’s actual plot seems a little muddy. We know that Neeson stars as Jimmy Conlon, a former mob hitman who is estranged from his grown son (played by Joel Kinnaman, in another example of “still trying to make Joel Kinnaman happen”), and that he is forced to protect said son after the murder of Harris character’s own son is pinned on him. (Shockingly, it is actually Jimmy who offs him). But why Kinnaman’s straight-laced Michael is involved in any of this is unclear. Also unclear? How Jimmy and Michael hit upon the idea to simply make it out of the situation alive for one single night. Are they planning on murdering the entire mob in that one night? Is someone signed up for witness protection, but it only takes effect in the a.m.? Why are they running?

Take a look at the first trailer:

This trailer boasts some cool shots (most of them involving guns, if you can believe it), and seeing Neeson and Harris verbally (and then physically) spar with each other looks positively invigorating, but none of that answers any of our essential questions about just what the hell is going on in this movie. Plus side: At least it’s not Taken 4: Still More Takener.