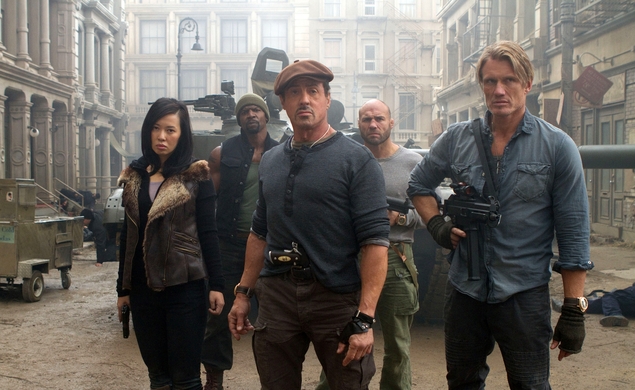 Gibson has been rumored as the villain of the upcoming Expendables 3—which has already added Nicolas Cage, Jackie Chan, and Milla Jovovich to its all-star lineup of cinematic butt-kickers—for a while. So either you can consider Gibson a lock for the role and it's time to start brainstorming his hilarious Expendables character name (Jack Hammer? Brick Layer? Slam McBodysworth?) or Stallone is really looking forward to the still-unreleased Mad Max: Fury Road and he’s actually referring to Tom Hardy (which would be kind of fantastic, but quite unlikely).

Is it weird that I’m rooting for a scene where Milla Jovovich kicks the crap out of Mel Gibson? That’s not weird, right?