Repent now, sinners: There are going to be a lot more Christian movies in the immediate future 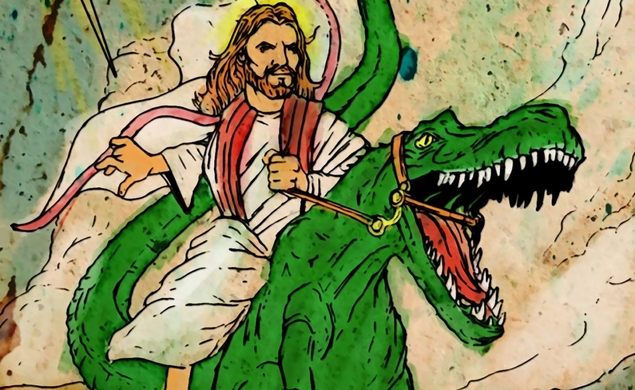 Faith-based-film fever is sweeping some very specific parts of the nation. Recent years have seen a noticeable spike in films espousing old-school Christian dogma, and the public response has been undeniable. First, zombie-deity Christian horror film God’s Not Dead returned a $62 million box-office gross on a $2 million budget. (That was a joke; there are no zombies in God’s Not Dead, but a woman does develop cancerous tumors as a direct-ish consequence of writing anti-Duck Dynasty blog posts.)

A couple months later, Heaven Is For Real stormed theaters to tell the story of Colton Burpo. At 4 years old, the boy alternately known as Brumbpo Tungus experienced a vision of the halcyon afterlife during an emergency surgery. Our own Keith Phipps was no great fan of the film; in his one-star review, he wrote, “It seems unlikely that anyone but a father with a few loose screws could see Colton’s story as proof of anything but an active imagination. That he could become a beacon of hope to those who want to believe in God seems downright impossible.” Keith’s bad-mouthing and unrepentant devil-worship did little to deter true believers, however: The film waltzed away with a $101 million gross from a $12 million budget. Even as we speak, production continues on Little Boy, a faith-driven film that our beloved Nathan Rabin speculatively described as looking “batshit, nutballs, over-the-moon, kookety-koo insane.”

Two things have become abundantly clear. 1) That this newer wave of God-fearing films are, by and large, awful, and 2) they’re extremely popular. In the movie biz, the millisecond that the concept of “unconscionably stupid” brushes up against the concept of “stupidly lucrative,” executives begin seeing dollar signs, and the piousness implicit in religiously affiliated projects has not dampened the industry’s carnivorous money-mindedness one mite.

Today, Deadline informs the godless Sodomites of the Internet that the bastions of decency running Family Christian Stores are prepared to aggressively capitalize on the faith of millions just an eensy bit further. Company head Rick Jackson has moved to form Christian Family Entertainment, a production house with the stated agenda of financing and producing two religious films per year in perpetuity, until that final day where the rapture magicks all the good Canadian-born Jews to Heaven so that we can ride Segways, chain-smoke joints and party with the Backstreet Boys.

The organization has already homed in on its maiden project, as well. CFE will take the reins on a new drama called 90 Minutes In Heaven. Appropriately, Hayden Christ-ensen will play Reverend Don Piper, a man who awoke from a 90-minute coma claiming to have seen visions of the afterlife, not unlike good ol’ Colton Burpo. (Think Heaven Is For Real... 4 Grown-Ups!) Michael Polish, perhaps better known to people who’ll certainly never see 90 Minutes In Heaven as Twin Cenobite #1 in Hellraiser IV: Bloodline, will direct. Kate Bosworth, perhaps better known to devout casting directors as Michael Polish’s wife, will also star.

Ostensibly, the folks who named the film’s source novel 90 Minutes In Heaven were too occupied with silent prayer to accrue the teenage experiences necessary to recognize that their title sounds like a party game where you make out with God for an hour and a half. But that’s of little consequence to the folks at CFE. That’s the beauty of niche entertainment with a built-in audience! It doesn’t matter how many snippy, East Coast, college-educated liberal Jews make dumb jokes about your movie!