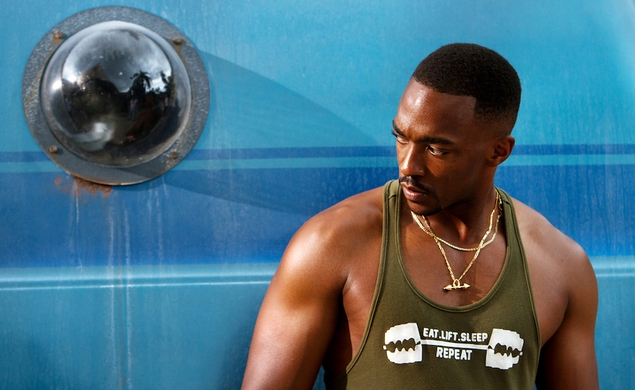 Wunderkind director Justin Simien, whose Dear White People attracted a swarm of good reviews and positive press for its frank yet irreverent commentary on race, is following up that film with a project that has the potential to be all kinds of dicey.

In Simien’s Make A Wish, the red-hot Anthony Mackie will play football star Butchie Jones, who agrees to meet with a terminally ill 14-year-old fan who is dying of cancer, only to find out that what the young man really wants is Jones’ help, in Deadline’s coy turn of phrase, to “score” before his time runs out. Now, in football “scoring” is racking up points to help your team win, but we’re guessing this young man’s idea of “scoring” has less to do with kicking field goals or scrambling for touchdowns than in putting his penis in a woman’s vagina, if he’s into that kind of thing.

Make A Wish’s premise bears a distinct resemblance to Richard Pryor’s infamous The Toy, as well as the little-known Tom Arnold vehicle The Kid & I, but hopefully Simien will take this sketchy material and turn it into something not completely gross and offensive. The script for Make A Wish comes from newbie scribe Zach Frankel, and it appeared on the 2013 Black List.