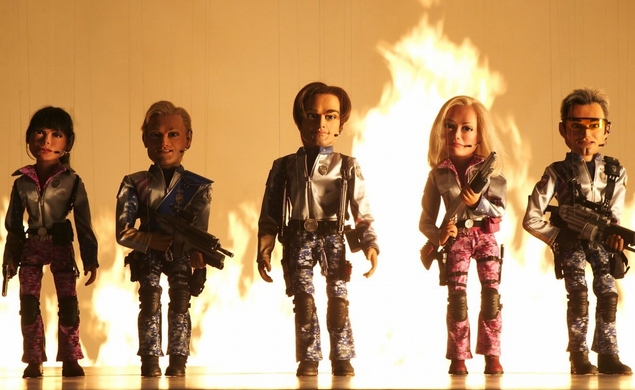 The Interview is dead, leaving an atmosphere of fear (an atmos-fear, if you will) and paranoia in its wake. Movie chains quake in their boots as they visualize a North Korean Slim Pickens riding an a-bomb onto the AMC Showplace location in Pekin, IL. Who will shake off this terror and stand up for the rights of the American moviegoer, preferably with a display that’s the approximate cinematic equivalent of an extended middle finger?

The protector will be the Alamo Drafthouse, and the brash gesture will be a screening of resolutely anti-North Korea puppet fuckfest Team America: World Police. The alternative exhibition chain’s Dallas-Fort Worth location tweeted yesterday that they would not be intimidated by potentially heavily-armed thugs, and though Sony’s decision would make it impossible to run The Interview, they’d found a suitable replacement.

FOR THE RECORD: We were still going to show #TheInterviewMovie…

Really, the Drafthouse folks couldn’t have chosen a better film with which to send their message. Team America impales the late Kim Jong-Il and then reveals him to be a cockroach from space, all after characterizing him as a power-mad megalomaniac unable to be taken seriously due to his small size and general batshit insanity. As portrayals go, it is not entirely inaccurate. Plus, you just can’t beat that sex scene.

It is deeply heartening to see that some players in the film industry have not been intimidated by threats from North Korea. Better still, it’s free. Fuck yeah.