Mike Leigh picks his favorite films from the Criterion Collection 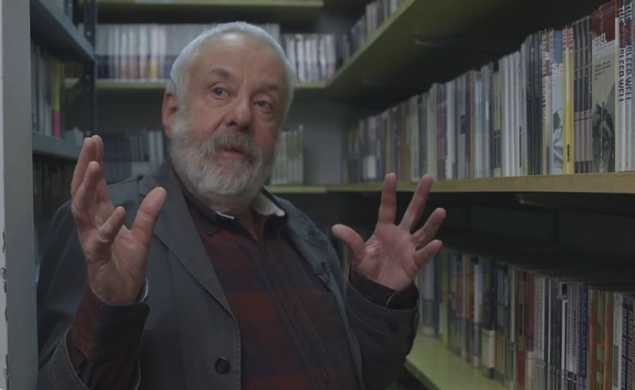 The Criterion Collection’s YouTube page has a neat ongoing series in which notable film fans stop by the office and pick out their favorite films the company has released. The latest to participate: The great British director Mike Leigh, whose new Mr. Turner earned The Dissolve’s coveted “Essential Viewing” tag.

Leigh uses the opportunity to wax a bit autobiographical, discussing how he’d never seen a film that wasn’t in English until he came from Manchester to London at the age of 17, and how, like everyone else, he fell hard for New Wave stars Anna Karina and Jeanne Moreau. Some of his picks are expected—Ozu, of course—others less so, like A Hard Day’s Night, shot in part near where Leigh was living at the time. The latter pick is interesting, too. While Leigh classes it as “not my kind of film,” as he does others, he seems to love it anyway.

Maybe “not my kind of film” doesn’t really mean that much when confronted with such overwhelming pleasure.