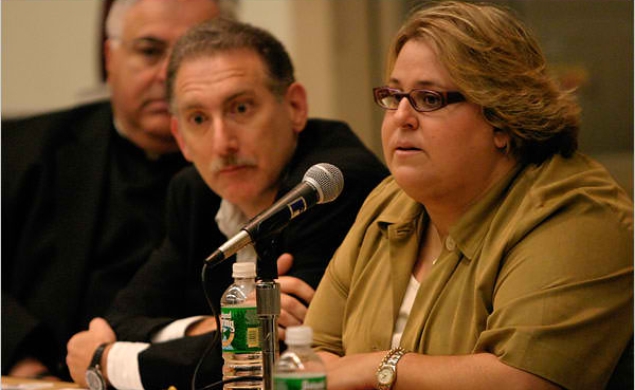 For a number of years, a mousy woman who called herself Tania Head served as a powerful advocate for fellow survivors of the attacks of 9/11 as one of the leading lights behind an organization called World Trade Center Survivors’ Network. She helped organize support groups, befriended other survivors, and would share the story of how she lost her beloved fiancé in the attacks with anyone who would listen. She was smart, funny, endlessly energetic, and fiercely committed to helping people recover from the almost unimaginable trauma of surviving the 9/11 attacks.

There was only one problem: Tania Head was a complete fraud. She never lost a fiancé in the attacks and was getting her master’s degree in business at the University Of Barcelona in her home country of Spain when the Twin Towers went down. Head wasn’t a con artist in the conventional sense. She never profited financially from pretending to have survived one of the worst tragedies in recent history. So why did she do it? What benefit could she possibly have claimed from perpetrating such a heinous illusion?

Shot in a tabloid-friendly style, complete with animated interludes conveying what cameras can’t, The Woman Who Wasn’t There argues persuasively that pretending to be not just a 9/11 survivor but also an almost-widow—Head gave alternating accounts of losing either a fiancé or a husband named “Dave” in the attacks— gave her a sense of identity and a sense of purpose. The charade also afforded her an escape from a home life in her native Spain that was dominated by her brother and father’s financial scandals. So while her lies might seem perverse and repellent, it’s understandable that she’d rather be identified with survival and public service in the United States—which she had dreamed about from a young age—than with her family’s financial problems in Spain.

The Woman Who Wasn’t There uses talking heads extensively, and in the movie’s most agonizing moment, a longtime friend of the woman calling herself Tania Head recalls her insisting that they engage in a psychological process called “flooding,” in which people who’ve experienced trauma relive that trauma over and over again in a safe environment. In this case, of course, that trauma was the 9/11 attacks, though her friends’ memories were real, while Head’s were bogus. When the friend eventually conceded that the process was too much for her, and that it was causing her to re-experience her nightmares in horrifying ways, Head accused her of being a coward and a terrible friend. In moments like these, Head seems not just manipulative, but sadistic.

The New York Times debunked Head’s story without too much difficulty. She claimed to work at Merrill Lynch, for example, but Merrill Lynch had no record of her ever working there. In hindsight, it’s surprising it took so long for her fakery to be found out, but people tend to believe what they want to believe and, in the aftermath of the 9/11 attacks, no one wanted to believe that a Spanish sociopath would pretend to be a 9/11 survivor as a means of reinventing herself and winning sympathy.

As befits the title, Head emerges as something of a spectral presence who pretended to be someone she was not, got all sorts of attention, then essentially vanished into the mist. That last detail proves problematic. The Woman Who Wasn’t There tells a compelling story, but it feels incomplete. Head begins and ends the film unknowable and inscrutable, a woman so adept at playing the victim it’s possible that in her darkest moments she even began to believe her own lies.