Zoey Deutch joins the cast of the familiar-sounding Dirty Grandpa 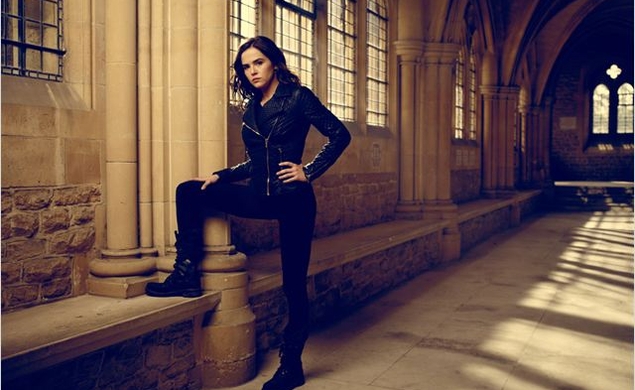 In 2013, the crew behind the hit television show Jackass and its series of films of the same name, spun off one of the characters from its rich melange of rogues into a feature film entitled Bad Grandpa. It was a wacky comedy where Johnny Knoxville, buried under layers upon layers of Oscar-nominated make-up (seriously, Bad Grandpa was an Oscar nominee) cavorted about the country with a fictional grandson in tow, all while engaging in mischief and shenanigans and shocking squares. The film was a critical and commercial success, to the point that it may have inspired its own imitator.

Deadline reports that Zoey Deutch has landed a role in the film alongside Robert De Niro and Zac Efron in a movie called Dirty Grandpa that sounds suspiciously similar to the recent hit, sans the need for make-up. In Dirty Grandpa, Deutch—daughter of Lea Thompson and Pretty In Pink director Howard Deutch and the star of Vampire Academy—will play the love interest to Zac Efron’s uptight Jason as he drives to Florida with his “foul-mouthed former Army general” grandpa (Robert De Niro) in tow, that last detail making it sound a bit like Scent Of A Woman, too. The film will be directed by Dan Mazer, who has worked extensively with Sacha Baron Cohen as a writer and producer, from a screenplay by John Phillips.