Universal Pictures has done away with the tentpole blockbuster... this year, at least 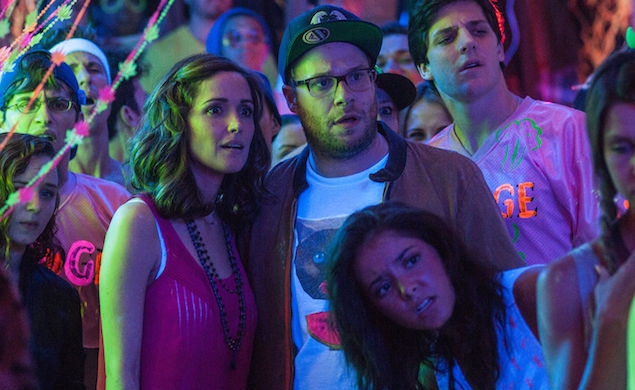 As we approach the end of the calendar year, few possible box-office surprises await us. The holiday season is glutted with family-friendly features and awards options, the kind of surefire moneymakers that rest firmly in the “blockbuster” camp—meaning, these are the films we’ve talked about for quite some time, the kind of stuff that probably won’t shock us. That’s one of the problems with star-studded blockbusters and big tentpoles: We know what to expect from them, and most of the time, we expect the more spendy features to make back that money. It’s one of the reasons why box-office reports exist, so that we can check in on, well, all that money that belongs to other people.

But the old idea that we (the studios) need to spend money (make huge blockbusters with bloated budgets) to make money (top the box office) might not be the best practice anymore. In fact, for one studio, it already isn’t.

Over at Forbes, Scott Mendelson has identified what looks to be one hell of a paradigm shift, one the entire industry should take notice of ASAP, simply because it’s worked out extremely well for one of Hollywood’s major studios. As Mendelson shares, Comcast CFO Michael Angelakis has just announced that the Comcast-owned Universal Pictures “will have the most profitable year this year in its history. We will have the most profitable year in the…history of Universal.” Wonderful news for Uni, right? It’s even better, because as Mendelson notes: “The reason this is all interesting is begins it signifies a smashing success for a year in which Universal didn’t realize a single conventional mega-budget tent pole. The films were smaller, the grosses were smaller, but the profits were bigger.”

Per Mendelson’s notes, take a look at Universal’s slate for 2014 (not including Christmas release Unbroken, which cost $65 million to make):

As Mendelson explains, “even the would-be flops weren’t so terribly expensive to the point of causing any real damage. And there were a handful of stunningly profitable mini-monsters as well.” Moreover, “there were no mega-budget superhero sequels, overly mythologized fantasy properties, or even an Illumination title in the mix this year. None of Universal’s stable of would-be franchises (Bourne, Fast & Furious, etc.) made an appearance this year. Its highest-grossing film earned less than $500 million worldwide. But nonetheless, Universal made more profit than it did in 2013, when Fast & Furious 6 and Despicable Me 2 flirted with $1 billion worldwide.”

Again: Universal has had its best year, its most profitable year, while attacking the box office free of superhero films, tentpole fantasy offerings, or an animated hit. Its biggest franchises did not offer up a feature. With smaller budgets, the studio was able to surpass expectations and not get dinged by any one massive failure. Still better: This sort of slate ensures original features and fresh material. New ideas? What a concept!

Next year will look a lot differnet for the studio, however, as Universal’s slate is sequel-heavy, including Furious 7, Pitch Perfect 2, Jurassic World, Ted 2, and Minions. But with a stellar year that didn’t require any of those features, what will the 2015 Universal numbers look like? And will other studios take notice of Universal’s excellent year sans tentpoles? Here’s to hoping!