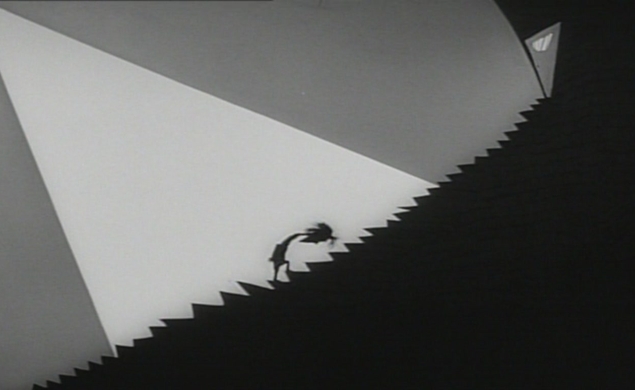 In my Career View feature about Tim Burton, I called Burton’s 1982 short film “Vincent” one of his two “perfect” films (along with Pee-wee’s Big Adventure). I won’t rehash what I wrote in that piece, except to note once again how well “Vincent” encapsulates what would be the dominant motif of Burton’s early career—the suburban misfit who wishes he lived in a darker, stranger world—and how crisply and entertainingly Burton cuts between young Vincent’s sunny reality and his gloomy fantasy.

Burton was a 23-year-old recent CalArts grad when he made “Vincent,” and was working for a Walt Disney animation department that didn’t really know how best to use his talents. But he found a couple of visionary executives who were willing to give him and fellow animator Rick Heinrichs some space to fiddle about with the ideas that would become “Vincent.” Burton emerged with a six-minute film that evokes Edward Gorey’s gruesome picture books, as well as some of Chuck Jones’ more out-there cartoons (such as “What’s Opera, Doc?,” How The Grinch Stole Christmas, and his Ralph Phillips shorts), all graced with the voice of Burton’s own hero, Vincent Price. More importantly, “Vincent” is the first concentrated dose of Burton’s aesthetic: his curly trees, his elongated faces, his scraggly hair, his tall towers, and his doomed romanticism. It’s a funny, exaggerated inside look at how it feels to be a horror-obsessed kid in a sitcom-ready neighborhood.