With Artifact, Jared Leto took on the music industry 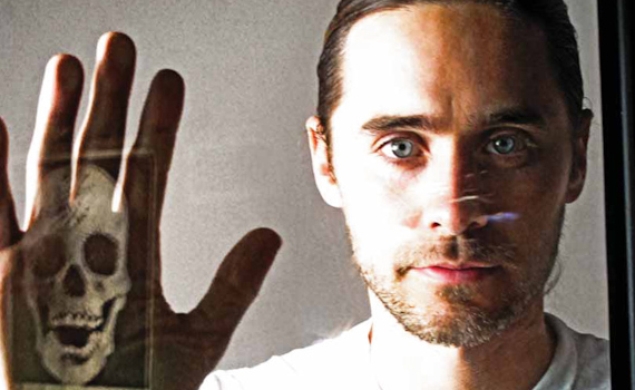 The music industry is a game so rigged in favor of major labels (and many minor labels as well) that stories abound of acts who sell out huge stadiums around the world and sell millions of albums, only to end up deep in debt to their labels for charges that often seem suspect at best and criminal at worst. Signing to a label almost invariably represents a Faustian bargain of some sort, no matter how innocuous or pro-artist that label might seem.

The dreary and self-aggrandizing 2013 documentary Artifact tells the story of one such cursed multi-platinum, freakishly successful, yet somehow money-losing act: 30 Seconds To Mars, the band fronted by famous, Academy Award-winning movie actor Jared Leto. Part of what makes Artifact so annoyingly precious and disingenuous is that it almost never acknowledges that Leto is anything other than an unusually pure and passionate musician willing to risk it all to pursue his sacred musical vision, and not a giant celebrity who can always go back to acting (though he never really left) if this whole music thing falls through. The only time the film even bothers to acknowledge that Leto has a second life as a super-duper famous movie star is when a crazed fan recognizes him as the actor who was in “that movie with the crazy lady” (that would be Requiem For A Dream), and when he goes to New York to get his head straight and hang out with beloved bros, like that charming celebrity photographer Terry Richardson.

The central drama of Artifact involves EMI suing 30 Second To Mars for $30 million (a neat symmetry there). But unlike superior music documentaries like Metallica: Some Kind Of Monster or Beats, Rhymes & Life: Journeys Of A Tribe Called Quest, the threat facing the group always feels abstract and vague. There’s obviously no chance that the film will end with 30 Seconds To Mars having to fork over $30 million to EMI for violating its contract or some other vague bullshit, so the lawsuit is obviously more about renegotiating for the band’s new album (appropriately titled This Is War) from the most aggressive possible starting place.

Artifact contains some useful information about how major labels exploit and manipulate artists in ways that might embarrass genocidal dictators with their callousness and cruelty. Leto, who also directed the film under the name “Bartholomew Cubbins,” brings in countless talking heads to discuss the myriad ways labels fuck over musiciains, but the filmmakers err in positing Leto and his band as plucky underdogs. True, its members may have come from modest circumstances (Leto and his brother, who is also in the band, were both born to a teen mother), but Leto has been famous for decades for reasons having little to do with music. They also have Irving Azoff, one of the most feared a managers in all of show-business, on their side to make what might have seemed like a case of David versus Goliath seem a little bit more like a fair fight.

Artifact might have made a stronger case for the need to protect genuine artists from the cruelty and iniquities of the music industry if it didn’t center on a group that seems like such a slick, arena-friendly mediocrity led by a millionaire movie star. It’s easy to feel sorry for musicians at the mercy of cruel corporations, but it’s impossible to feel sorry for Leto and his stupid hats and stupid hair and stupid face.

Leto comes off as such a caricature of a pretentious, self-important artist that Artifact accomplishes the miraculous feat of almost getting you to root for the evil record company to destroy a bunch of spoiled rock stars with the chutzpah to try to pass themselves off as true artistes.

Previous Lessons:
Milius
A Brony Tale
Beware Of Mr. Baker
Who Is Harry Nilsson (And Why Is Everybody Talkin’ About Him)?
Please Subscribe
The Source Family
Saturday Night
Is The Man Who Is Tall Happy?
I Think We’re Alone Now